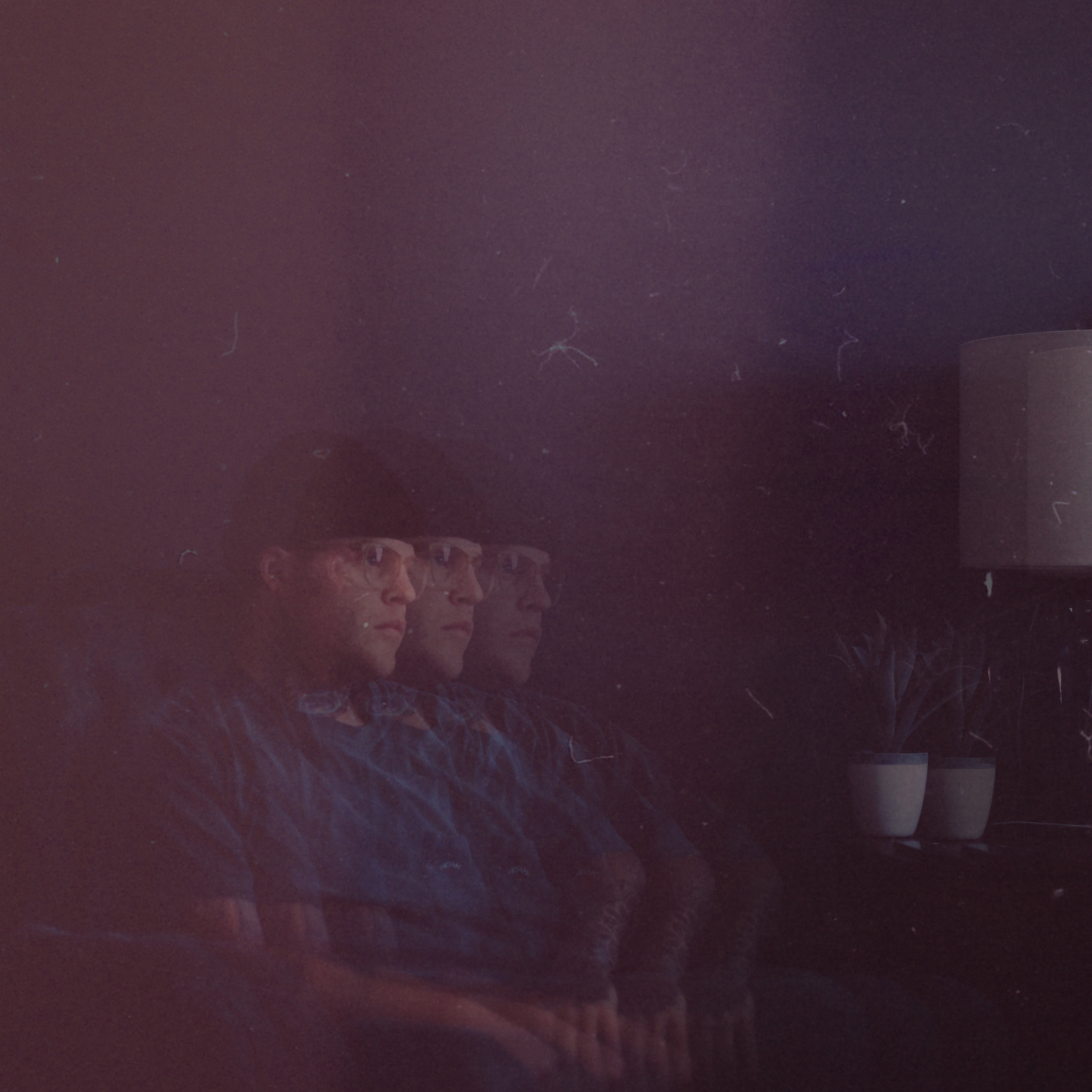 Pure Violet is an enigmatic project with “Glass” joining only two prior singles—the rhythmic stunners “Garden” and “Numb”—but each track boasts truly undeniable hooks that beg to be revisited. “Glass” finds Johnson expanding even further into the melodic territory hinted at on Hundredth’s critically acclaimed album, RARE, with perhaps his most infectious chorus to date. Pure Violet‘s gloomy pop blends crisp electronic drum beats with warm synthesizers and Johnson’s reverb-laden voice, effortlessly recalling elements of post-punk, dream-pop, and shoegaze from the ’80s and ’90s while bringing a fresh energy to the sound.

Biography:
Pure Violet is a chase for a fleeting feeling: the moodiness of a nighttime drive, the fervor of being an aimless teenager and hearing an iconic band for the first time, the escapism of a realistic dream. These sensations can’t always be described or quantified, but they can be felt and sometimes, they can be heard.
The solo moniker of Hundredth vocalist/guitarist, Chadwick Johnson, Pure Violet has been a long-developing project that is finally being revealed to the world. The roots of Pure Violet go as far back as Johnson’s teenage years, hearing bands like New Order and Depeche Mode, and being moved by their balance of darkness and hooks.
“It just made me feel differently than any other music as a teenager,” Johnson said, “and that gloominess with a dance-y drive fueled the isolation in my adolescence, and I think that’s somewhat channeled into Pure Violet.” Johnson’s attention would mostly be diverted to Hundredth’s growth over the years, but he continued to experiment with other music on his own, honing his skills and creating what would eventually become Pure Violet.
“It’s basically a bedroom project, I make all the music at home by myself. Most songs start with some analog drum samples and synthesizers and I just kind of go from there.” With the warm reception to RARE, Hundredth’s impressive turn from hardcore to dreamy alternative, Johnson felt the time was right to finally share some of his bedroom creations, saying, “I’d never felt like I had the production or songwriting skills to make music like this, but I think I’m starting to turn a corner as of late and it feels like the right time to put this into the world.”Johnson’s patience has paid off as Pure Violet’s sound is fully formed and striking in its effortless catchiness. Blending crisp electronic beats with warm synths and reverb-heavy guitars, the project’s gloomy pop manages to reference atmospheric post-punk classics with a distinctly modern touch. Pure Violet may be trying to pursue the intangible, but with music like this you won’t want the chase to end.