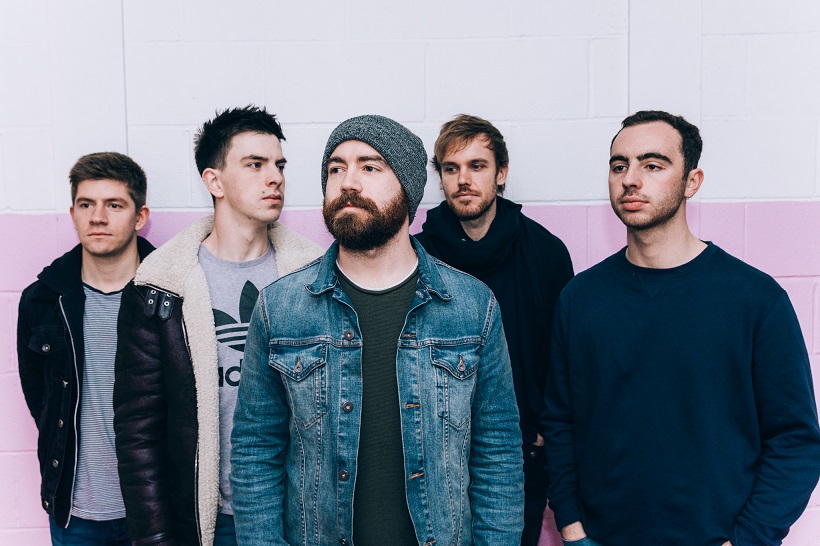 Porshyne are an atmospheric rock five-piece hailing from Brighton. Formed in 2014, early releases from the band such as ‘Residue’ and ‘Locked In’ have helped to cement their name within the Brighton music scene, leading to them playing shows alongside the likes of Black Peaks, Valerian Swing, Town Portal and many more. The band then went on to release their highly anticipated debut EP ‘Environmental Music’ in 2017, which received praise from the likes of Dan P Carter’s BBC Radio 1 Rock Show, Upset, Alt Press, New Noise Magazine and Kerrang! Radio, with the latter likening the band to Radiohead, Tool and QOTSA. Now the band are preparing to release their new single ‘Miles Away’.

In the time between ‘Environmental Music’ and ‘Miles Away’, Porshyne have been mindful to use their time well, and to relentlessly dedicate themselves to honing their sound even further. The new single sees a natural evolution in the band’s heavily textured dynamics, shifting the focus onto their cinematic and melodic sensibilities, accentuating any previous comparisons to Radiohead. Amongst this Porshyne still stay true to some of their heavier roots in their instrumentation, by interlacing complex guitar sequences with powerful and intricate rhythms that continue to draw from their prog and math-rock influences.

Thematically, ‘Miles Away’ is similarly introspective. Speaking about the new single, Fergal Lyden (frontman/guitarist) says “The song is about wasted time and regretting the number of wasted days which pass and are then quickly forgotten about. It’s about the guilt and regret of unrealised opportunities, missed because of inaction and procrastination, and of the realisation that certain ambitions are drifting out of reach and becoming less and less attainable with the passage of time.”

Porshyne have retained their unique and atmospheric framework on ‘Miles Away’, continuing to expertly merge their multifarious and technical collective influences, whilst also finding a route into deeper and more diverse melodious concepts, which will appeal to listensers both above and below the surface. Whilst ‘Environmental Music’ was a bold statement of intent for Porshyne, ‘Miles Away’ is testament to the bands dedication to further developing their collective creative ambitions, to build something that will leave many eagerly anticipating what’s yet to come.

Porshyne will release ‘Miles Away’ on 16th February, followed by a headline show at The Hope and Ruin in Brighton on 19th February with support from Vrona and My-HI.