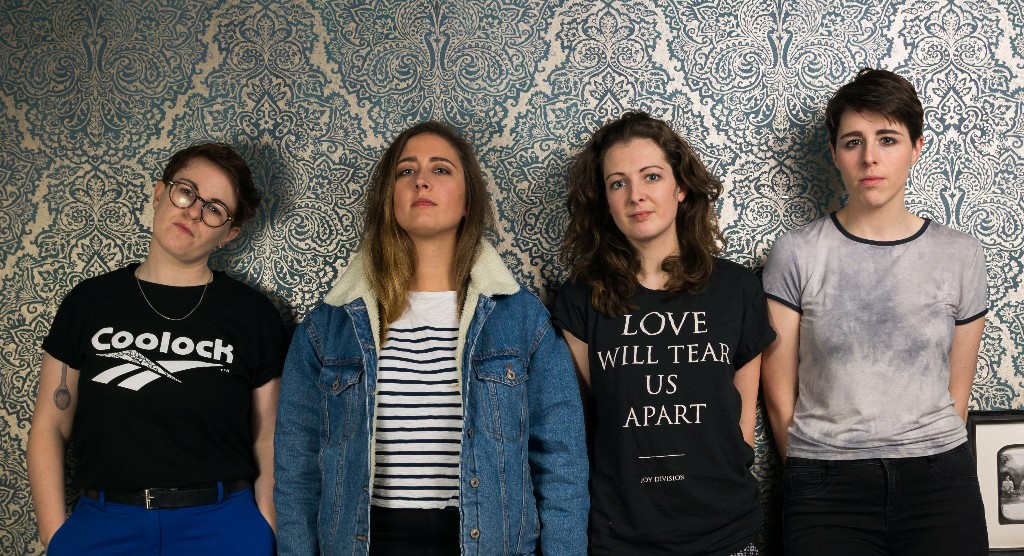 “vocals overlap and interchange brilliantly, with a positive gang mentality evident from the off, even if they’re belting out lyrics on some pretty difficult subject matter.” – DIY Mag

Pillow Queens recently released their new single ‘Favourite’ and now it has a joyous music video to go alongside. As the band explain “The concept of the video was borne from the artistic insights of the wonderful Bob Gallagher combined with our sheer passion and fondness for all things canine. The idea was to bring to life a work which followed the retro look of old Antiques Roadshow episodes and was heavily influenced by Sabrina the Teenage Witch, Best in Show, and 80’s prom portraits or, in the case of this particular video, “pawtraits” of dogs and their owners. The National Show centre was the setting for the video while the individual “pawtraits” were shot in All Out Design Studios and feature a mixture of friends of the band and doggo-loving volunteers.”

The single is taken from Pillow Queens’ forthcoming ‘State of The State’ EP, which comprises four tracksand will be released via Bristol-based indie Specialist Subject Records on 16th March. The band will be touring the UK & Ireland following its release. Dates below.