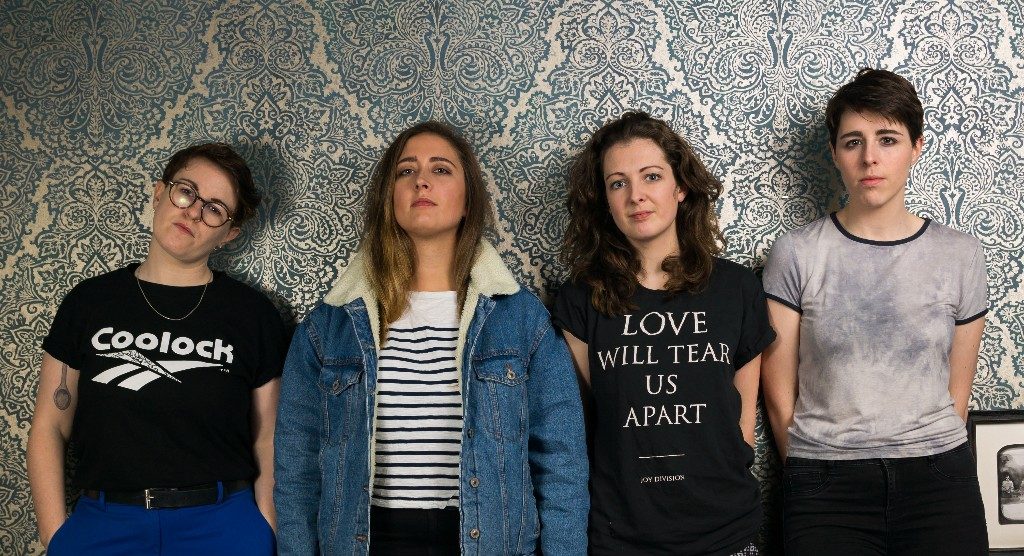 Pillow Queens recently released the mother of all catchy tunes in the form of ‘Favourite’, alongside the announcement of a new EP ‘State of The State’. Following the EP’s release (via Specialist Subject on 16thMarch), Pillow Queens will head off on tour around their native Ireland and the UK.

‘Favourite’ has also received a re-working in an acoustic video filmed by Pillow Queens, which showcases a delicately softer arrangement that packs no less of an emotional punch.

Producer Peter Ashmore tapped into the wide-reaching references PQ threw at him, which included the likes of Hop Along, Yuck, Weezer, Manchester Orchestra and the Pixies, in order to attain a timeless feel befitting of the beautifully crafted songs. The artwork for the EP was brought to life by Nola Mellon and is inspired by the old Fallon’s maths times table book you used to have in primary school.