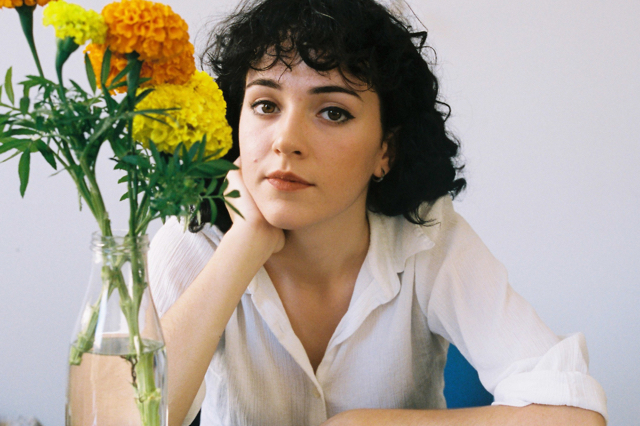 Watch the live video for ‘Smile On The Grass’ here – https://www.youtube.com/watch?v=NzwLdvuDiPw

Half Irish, half Catalan indie-pop artist Núria Graham is pleased to announce details of her brand new album ‘Does It Ring A Bell’ due this March through Primavera Sound’s in-house label E; Segell. She pre-empts it’s release with a catchy live video for ‘Smile On The Grass’.

Even before you were allowed to vote, Nuria Graham had already released a record.  And now, when you are still wondering what to do with your life, she is already releasing a record that smacks of maturity. That’s what happens when you debut at the age of 16: at 21 you have already lived enough to take the next step. This is what Does It Ring A Bell? is, no more no less, a serene album rich in nuances that combines the freshness of somebody in their twenties with the serenity of a person who has already got out everything she needed to on her previous records (First Tracks in 2013, Bird Eyes in 2015 and In The Cave EP in 2016). Have you heard of Nuria Graham? You should have.

Contemplative and evocative, Does It Ring A Bell?, starts with the sentence “It’s time to grow up, girl!”, as a sort of self-affirmation and ends with a revelation: “Sometimes I do get what I wanf’. In between all of this are reflections on failed relationships, the peccadillos of youth, odes to uninhibited fun, stories about the boy in the bar and dreams about hospitals; fragments of life told like pieces of a puzzle. Pieces of Nuria: who warns you to hide your feelings in a safe place, who admits that she has discovered her worst side, but who also declaims that she is better off without you and that, yes, sometimes she gets exactly what she wants.

Nuria Graham  is already  unique:  it is lovely to perceive  hints of the atmosphere  of Mac DeMarco, of the darkness of Angel Olsen and of Cass McCombs’ subtle beats, but now they are almost anecdotal. What really matters is her ability to drive the songs with only her voice and her guitar {electric) together with the meticulous coproduction by Joan Pons (EI Petit de Cal Eril), who makes the songs almost ethereal allowing them to reveal all their magic at leisure. Even the obvious hits Cloud Fifteen and Smile In The Grass are more than they seem at first glance, slowly making their way into the listener’s head to stay there forever.

“I am  undone”, she  sings  in Hide  Your Emotions  (Somewhere Safe)  with  a hint  of  melancholy,  another emotions on which the record is built. But it is right here, in the midst of uncertainties, questions and mistakes, where the real maturity of this distinctive artist, who by now really should sound familiar, shines through.