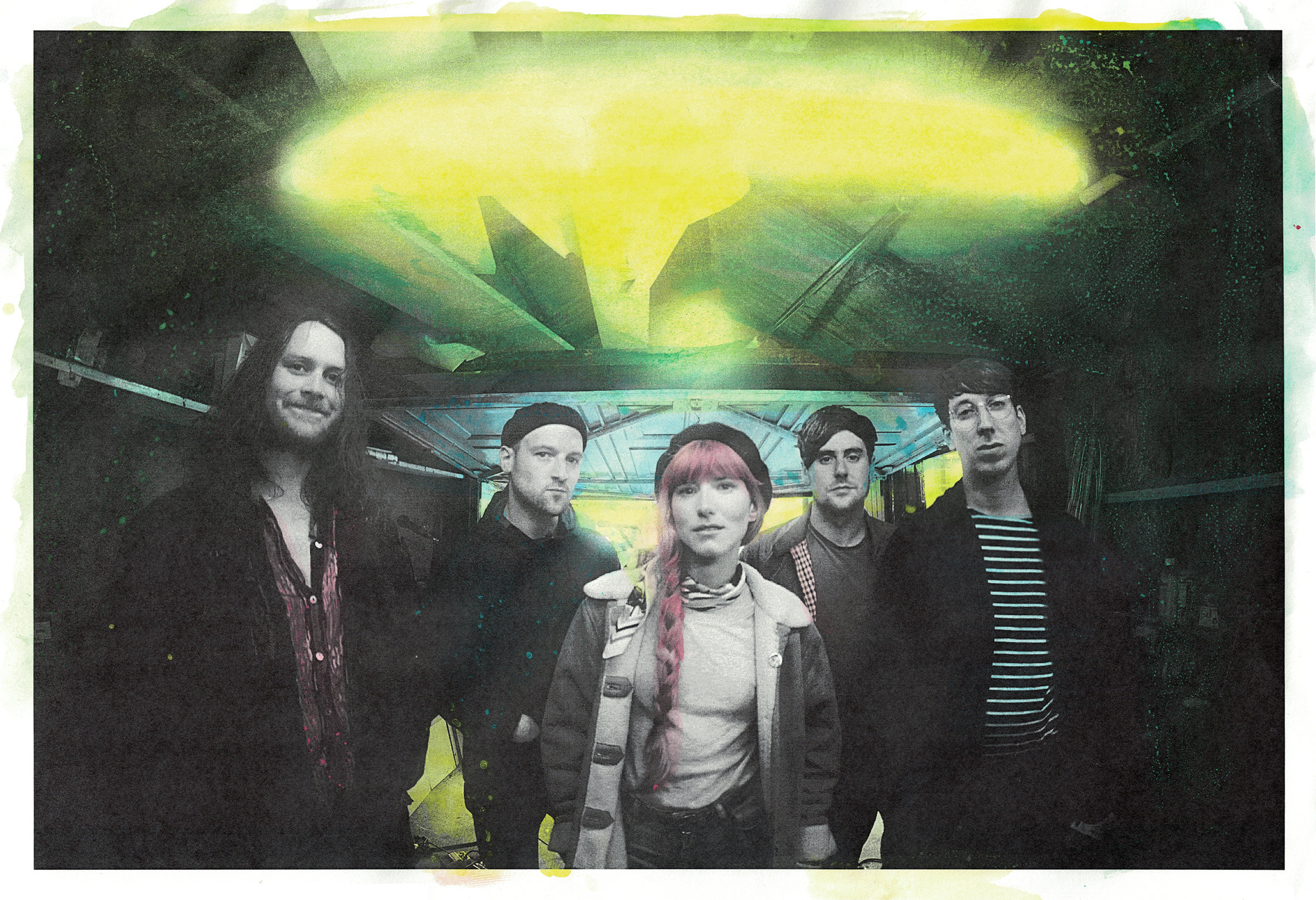 Following a few years of teasing what was to come, with a handful of early EP’s and 7” singles selling out fast and championed by the likes of Pitchfork, NME, DIY, The Line Of Best Fit, Steve Lamacq, Radcliffe and Maconie, Huw Stephens and John Kennedy, London indie/dream-poppers Night Flowers are excited to announce their sparkling debut album, Wild Notion.

Written in various London basements and bedsits, and recorded with longtime producer Adam Jaffrey in a studio that was later bulldozed to make way for luxury flats, Wild Notion is a romantic, yearning album that is not afraid to wear its sparkling, pop heart on its sleeve.

The band have also shared new single, “Cruel Wind“, with an acompanying video made by filmmaking duo James Doherty and Laura Whittell. For the brave astronauts featured, the training, the isolation, the pressure and the fear are obstacles they must endure to realise their dream – to explore the great beyond. Thankfully Night Flowers vocalist Sophia Pettit is on hand to guide them through their journey.

Combining green screen, archive footage and some clever visual affects, the result is something different, enjoyable and effective in capturing the essence of this sweet and catchy song.

“It’s as good a place to write in as any,” wrote Philip Larkin of Hull, a city of rainy-day poets and the original home of Night Flowers. But this indie-pop quintet has since blossomed from its Humberside origins to form a bright transatlantic soul.

As Night Flowers cross the bridge into wide-screen, world-beating artists, Larkin’s grounded sentiment rings true – if you’re writing from the heart, you can write from anywhere… and that’s exactly what they’ve done.

The album took shape as the band cut their teeth on the road, criss-crossing the UK, Germany and Spain, experiencing a life-changing tour of Japan in 2016, and performing at End of the Road, Visions, Bestival, Kendal Calling, Beacons, Tramlines and Indietracks, before successful UK tours with The Pains of Being Pure of Heart andJapanese Breakfast.

Honed and polished in various London basements and moonlit bedsits, and recorded over two joyous weeks with long-time collaborator Adam Jaffrey at his ‘Unwound’ studio in Hackney, ‘Wild Notion’ sees Night Flowers facing down their past and ready to embrace the future head on.

Ullyart explains, “A lot of the album deals with time, place and memory. The memory often plays tricks and blurs the lines between present, past and future tense, and sometimes when you’re writing, it’s only with hindsight you can see what you were writing about. The songs put a few demons to bed.”

That ‘Wild Notion‘ is the last album to be recorded at ‘Unwound’, before the studio is bulldozed to make way for luxury apartments as the gentrification of London continues, adds a bittersweet touch.

“London’s always moving and that constant change is exhilarating, but it can make you unsure of your footing. You end up thick skinned and vulnerable at the same time. I’m sure that played into the album, all the classic things that come with being a young adult left to your own devices in the city and on the road, trying to find your place in the world.”

If the opening shimmer of guitar on opener Sandcastles gives you goosebumps, by the time Pettit sings “I’d recognize your pretty face anywhere,” you feel you have found a friend for life, a calm voice in the eye of the storm that a relentlessly changing world throws your way.

The exhilarating Night Alive follows; a celebration of living in the present. Night Flowers have always been a thrilling combination of intertwining female/male vocals so it seems fitting that Ullyart’s presence asserts itself strongly here before Pettit’s glorious return on the wonderful Resolver, glistening like sunshine on the open road and heightened by Jaffrey’s crystal clear production.

With their dreamlike atmospherics and bittersweet lyrics, Night Flowers never stray too far from darkness and with Let Her In they go deep down, in the first of the album’s insomniac love letters to their adopted city of London; “Given that I am prone to chasing shadows, I bathe in city light now” sings Pettit.

The more upbeat Losing the Light has a groove all of its own, and this hook-filled pop song sways from desire to despair and back again, all backed by the most gentle of riffs and gloriously lush synths. The following Head On is new territory for the band, a swirling jolt to the system with a heavy heartbeat. Pettit’s remarkable control builds and builds as the album climbs to an epic crescendo, complete with bittersweet, triumphant brass.

Battered and bruised, Hey Love instantly picks things up and switches on the light, as Pettit asks, “what are you afraid of? / Close your eyes and tell me everything” and Unwound continues to uplift, but is hiding a shattered relationship underneath, “my love is where you left it, unwound / It means everything and nothing to me.”

Fireworks, the sparkling penultimate track on the album and another ode to being alive, is headstrong in its delivery but as delicate as the other nine songs – “This city’s such a pretty curse / It haunts me all the time,” Pettit sings, dealing with a love/hate relationship with London, all the magic that it gives and all that it takes away.

The closing Cruel Wind carries things into a huge finale befitting of the album. As Pettit cries “and now you have, an epitaph,” it’s at once deeply personal to the songs protagonist but also serves as a touchstone to the album and the band themselves, who return home to carry on writing, wherever that might be.
Night Flowers are:
Sophia Pettit (vocals + keys), Chris Hardy (guitar + vocals), Sam Lenthall (bass), Zebedee Budworth (drums) and Greg Ullyart (vocals + guitar) 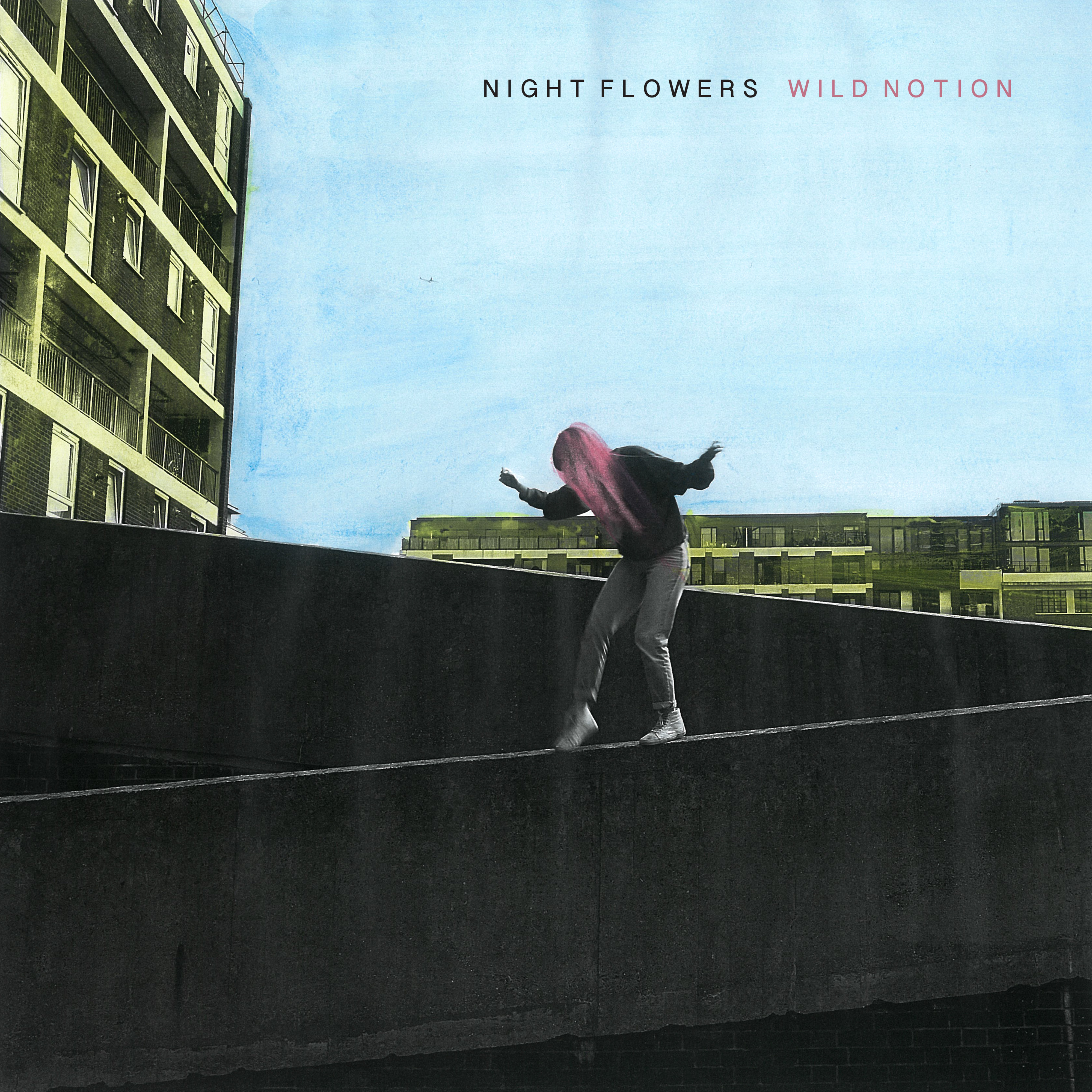