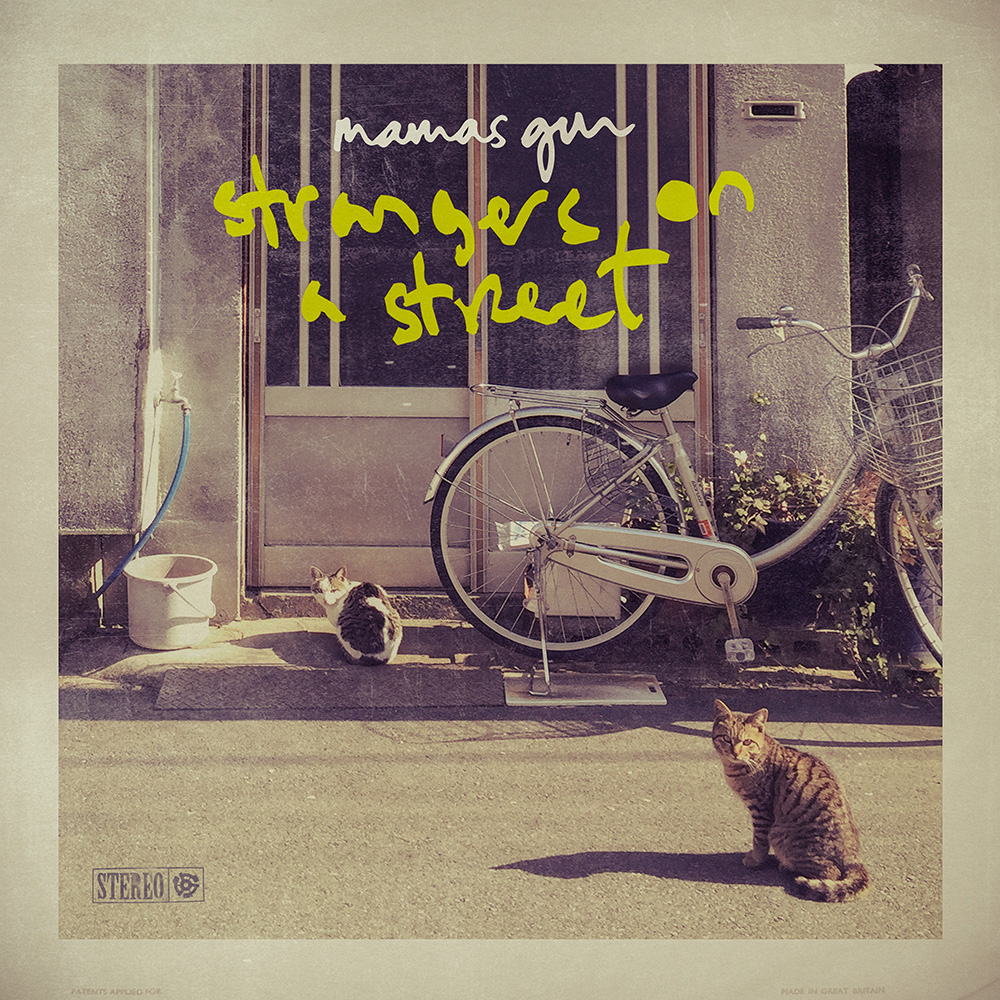 “Mamas Gun have constructed blistering albums, releases that place them at the forefront of 21st century soul” – Clash
“A blend of funk and deep soul that really gets you moving” – EARMILK

Mamas Gun today share new single ‘Strangers On A Street’, the latest offering from their new album Golden Days which is due for release via Candelion on May 18, 2018. The new cut follows the first Lauren Laverne-supported single, ’London Girls’ and helps add to a vibrant back catalogue of albums including Routes to Riches, The Life & Soul and Cheap Hotel which have – alongside the likes of Charles Bradley, Curtis Harding and the Dap Kings – helped fuel the vanguard of 21st century soul – as well as spawning Top 10 hits on four continents. In support of the release the band will head on a full UK tour with dates to be announced shortly.

Lyrically, ‘Strangers On A Street’ explores a chance encounter between two former friends years after a significant fall-out. The narrative progresses to ponder how this confrontation might evolve, a plot made all the more poignant as we learn the two individuals first bonded over shared ambitions. Sitting toward the album’s conclusion, the track deftly juxtaposes buoyant melodies with a bittersweet storyline, embodying a technique that frontman and lyricist, Andy Platts was keen to explore on Golden Days. ”I love that idea of talking about something maybe serious, sad, or loaded emotionally, but dressing it up in something more immediate,” says Platts. “The music calls you in, then you unwrap it and realise there’s something a bit more at the centre of it.”

As well as previous support slots with the likes of Beverley Knight and Raphael Saadiq, Mamas Gun have performed at global music festivals including WOMAD, Greenroom,Java Jazz, and Pentaport. Following a re-appearance to the UK live circuit earlier this month at The Social, London, Mamas Gun will head on a full UK tour around the release of the album (dates tbc).