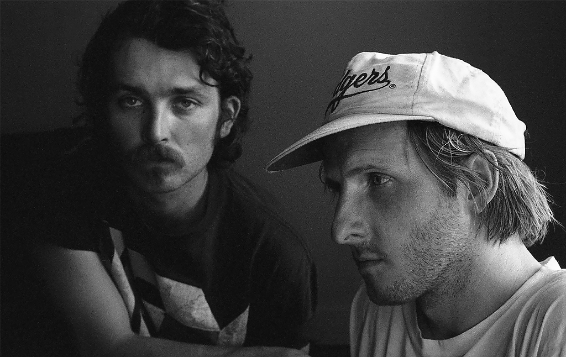 Los Angeles duo Sego are premiering new single “Cigarette Kids,”  with Consequence of Sound, together with a look into the influences behind the song. Due out everywhere on February 1st, CoS shared:

‘You can hear their suspicion as well as their intoxication with the shallow West Coast in their new single “Cigarette Kids”. Charming, chaotic harmonies underscore the swaying track’s drunk synths and driving bass line, which are occasionally vaunted by bright droplets of electric guitar. Amid talk of “tall red plastic cups” and “big industry buzz,” the fuzzy vocals sing of “the city with the undertow” and “a melancholy you’ll never know.”’

Sego shared early singles “Whatever Forever” (NPR) and “Sucker/Saint” (Uproxx) last year, showing the dynamic range of their fuzzy art-rock sound. The band mix together warped psych rock and indie pop to create something lush and anthemic, bleak pop songs that soar into big hooks and brilliant melodic noise. Opting for a slower tempo on “Cigarette Kids,” the new single is less skronk and more groove, a song that captures the mood of early shoegaze and post-punk, bending them into the cinematic pop Sego have built their reputation on.

The band wrapped up a busy 2017 with a tour together with OK Go and they’re set to hit the road again in March for a tour down to SXSW.

“transcend the boundaries of genre and era, simultaneously incorporating the pulsating bass of a band LCD Soundsystem, alongside an ethereal and somewhat psychedelic singalong bridge reminiscent of the Beatles‘ later catalogue. ” – Uproxx

Sego’s Spencer Petersen and Thomas Carroll were both birthed in the burgeoning Provo, Utah music scene. However, finding inspiration in the dissonance that the towering structures and bustling city offers over the mountains and relative quiet of Provo, both relocated to an old pasta factory in downtown LA. Through various projects together, both founding members uncovered their distinct sound: lazy, grungy guitars with digital overlays and refreshingly honest lyrics. The band’s debut album surprises with angular guitars, complex arrangements and musings from an 80’s kid contemplating the void left from the misguided hope of our youth.