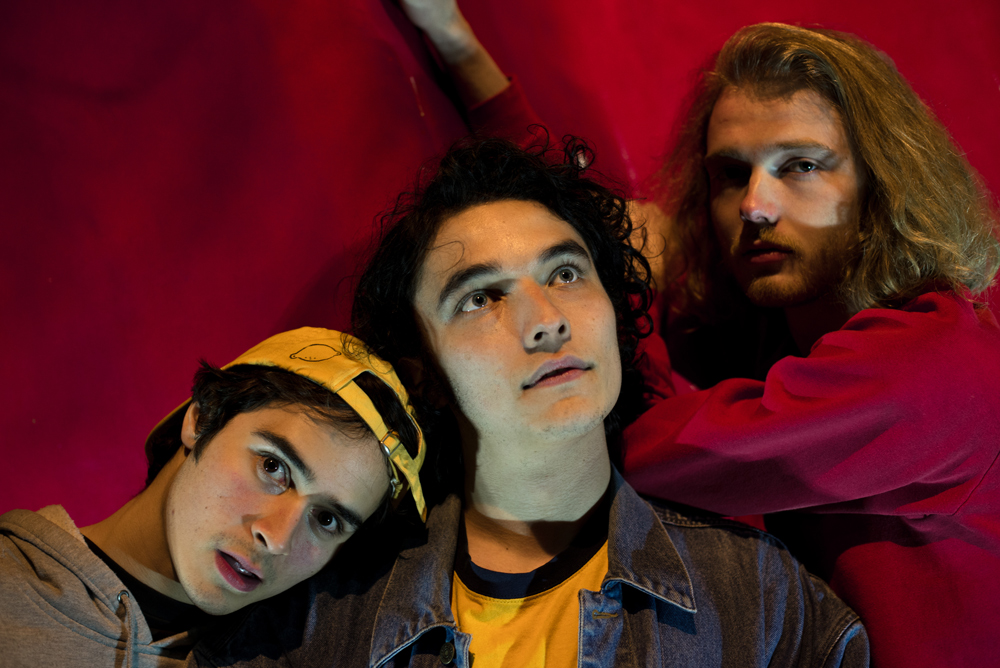 SUPPORTING CAR SEAT HEADREST ON TOUR IN MAY

Welcome to the fun world of Seattle’s Naked Giants who will release their debut album, SLUFF on March 30th via New West Records.

Famed in Seattle for their energetic live shows, Naked Giants are made up of guitarist/vocalist Grant Mullen, bassist/vocalist Gianni Aiello, and drummer Henry LaVallee who joined up with producer Steve Fisk (Nirvana, Unwound, Soundgarden, Minus The Bear) in October 2017 to record SLUFF – a 12 song long-playing melting pot of catchy tracks influenced by all of the best genres that great bands have made us all dance to across the decades.

Their first single ‘TV’ is a kaleidoscope of sound that seems to take in the whole history of rock ’n roll but reframes it in a more contemporary context. A dizzying mélange of influences and ideas clashing beautifully with the energy this trio have brought to the party.

“From our perspective as millennials where everything is accessible all at once,” explains Aiello. “There is no difference to us between punk and classic rock or anything like that because we’re all observing it at the same time through the same lens. And yes, history exists, but if you’re just flipping through something on the TV, it all kind of conflates together – kind of like the song does.”

Formed in 2014, Naked Giants became members of Car Seat Headrest’s newly expanded 7-piece live band and will also support Car Seat Headrest with their own sets on their worldwide tour this May, stopping in the UK at the following shows below.
File under ‘fun and pre-order Naked Giants’ debut album, SLUFF from https://store.newwestrecords.com/collections/naked-giants-sluff.