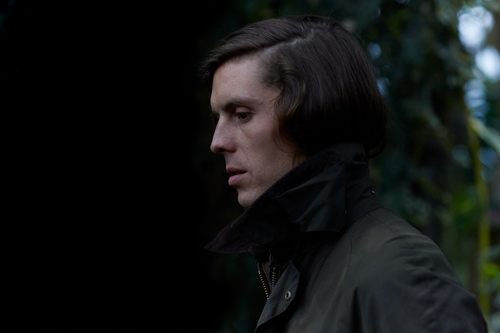 Chicago songwriter and multi-instrumentalist Erik Hall announces his long awaited return as In Tall Buildings with the new album Akinetic, out March 2nd on Western Vinyl. The follow up to 2015’s critically acclaimed Driver, Akinetic was produced by Brian Deck (Modest Mouse, Iron & Wine) and recorded at Hall’s home studio in Chicago.

Expanding on Hall’s known penchant for densely layered yet deliberately understated song craft, Akinetic yields ten new tracks of spacious and textured handmade pop. With the addition of a kindred and veteran co-producer, the duo of Hall and Deck weave rock and indie-folk with ambient and electronica, bolstering Hall’s most intelligent and focused songwriting yet.
To commemorate the album, Hall is thrilled to share the video for its lead track “Beginning To Fade,” lovingly crafted and directed by Natalie Bergman of Wild Belle. The video pairs the song’s blissful, fuzzed-out pop rock with vintage technicolor elements and Natalie’s signature use of stop motion collage animation.
As In Tall Buildings, Hall has performed with Sharon Van Etten, Natalie Prass, Vieux Farka Touré, Lord Huron, Matthew Sweet, and Ben Watt, among others. A frequent collaborator and touring sideman, Hall has also recorded and toured in Wild Belle, NOMO, Lean Year, and His Name Is Alive.