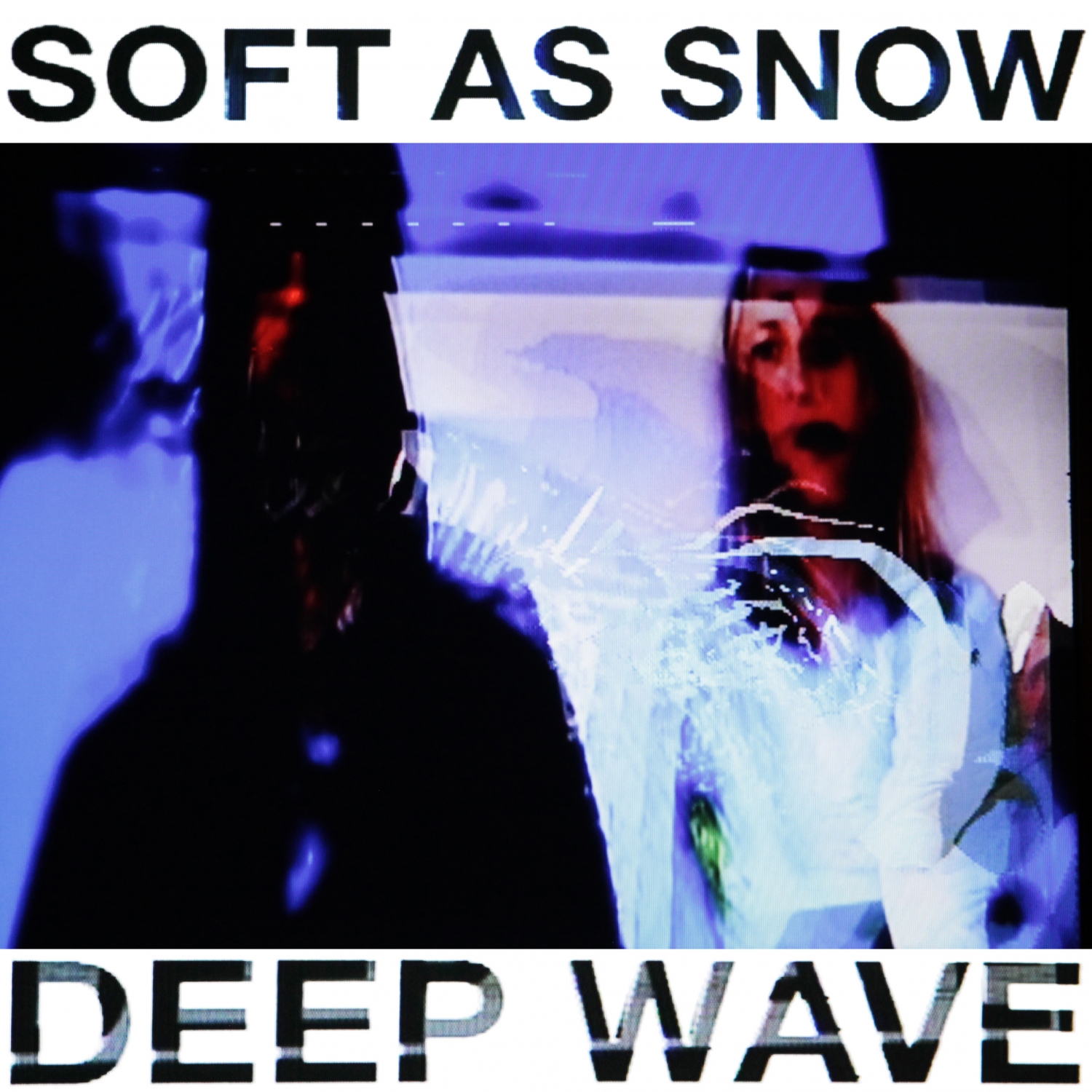 The Norwegian-born, Berlin-based duo Soft as Snow will release their debut album ‘Deep Wave’ on April 6th, via Houndstooth. It was created by Soft as Snow members Oda Egjar Starheim and Øystein Monsen, with additional mixing and production by WIFE of Tri Angle Records.

‘Deep Wave’ follows two EPs for the same label – and as with those, the duo still avoid laptops, preferring analogue machinery, samplers, live drums and processed guitars – but this album marks a creative development, with their sound now deeper, more detailed and less simplistic than before.

“We’ve been experimenting with arrangements and production. The sound is rawer, more experimental and noisy”, explain the duo.“What maybe differs most from the other releases is that we decided to keep a lot of recordings from the initial jams. Several of the tracks are more or less kept in the original form.”

Watch the video for ‘Snake’, taken from ‘Deep Wave’, created by Conrad Pack below-

The tender but haunted gradual-build of title track ‘Deep Wave’ gives way to the ‘X’ interlude, before ‘Tropical Speed’ kicks in with an exhilarating burst of technicolor synths, that cascade like a waterfall into rapids.

‘Pink Rushes’ blasts pummelling bass, intense rhythmic throb and vocal witchcraft, before the low-end takes an even nastier turn on the menacing ‘Dry’, which was originally intended as a verse for ‘Tropical Speed’, but it became a track of its own.

More stripped-down and direct, the Knife-like ‘Sleep/Slip’ offers a purer moment of synth pop, which contrasts with the subsequent fierce acid and black magic of ‘Låssbyn’- a recording made live with a stereo feed, straight into a laptop.

On ‘Mass’ the album closes as it began, finding the listener back in a desolate and misty place, somewhere within the dark ether.

Soft as Snow’s singular sound can in part be attributed to Oda’s background in performance art, (which brings a raw intuitive approach to vocals) and to Øystein’s drumming for various noise rock bands in Oslo’s underground scene (which explains their abrasive, rhythmic energy).

Regarding their recording process, their preference for spontaneity over technical perfection, and on Oda’s supernatural vocals, they offer the following insight:

“We kept a lot of the first takes. There’s something with that first immediate energy that’s really essential and hard to recreate later on. It’s more important for us that the vocals have the right energy and feeling for the song, than being recorded properly and having to refine the lyrics”, says Oda.

“I create the vocals and lyrics while we improvise; words and sentences come to me, but I don’t always understand the meaning behind them until later on. It’s an intense and intimate mental catharsis approach, in order to act out sounds and words.”

“What we seek is more on an unconscious level, connecting through the music and letting it take the form it wants”, adds Øystein. “But we’ve both always been drawn to the idea of pop music, and are interested in how far you can stretch the boundaries, before it becomes something else. For us, this is essentially a pop album.”

Soft as Snow are two people making music with little acknowledgement for conventions of the outside world and ‘Deep Wave’ gives a peek into the sound-environment they’ve created. It’s genuinely original music, governed by its own unconventional logic, language and creatively free sense of play that’s simultaneously childlike, fun, harrowing, angular and dark.