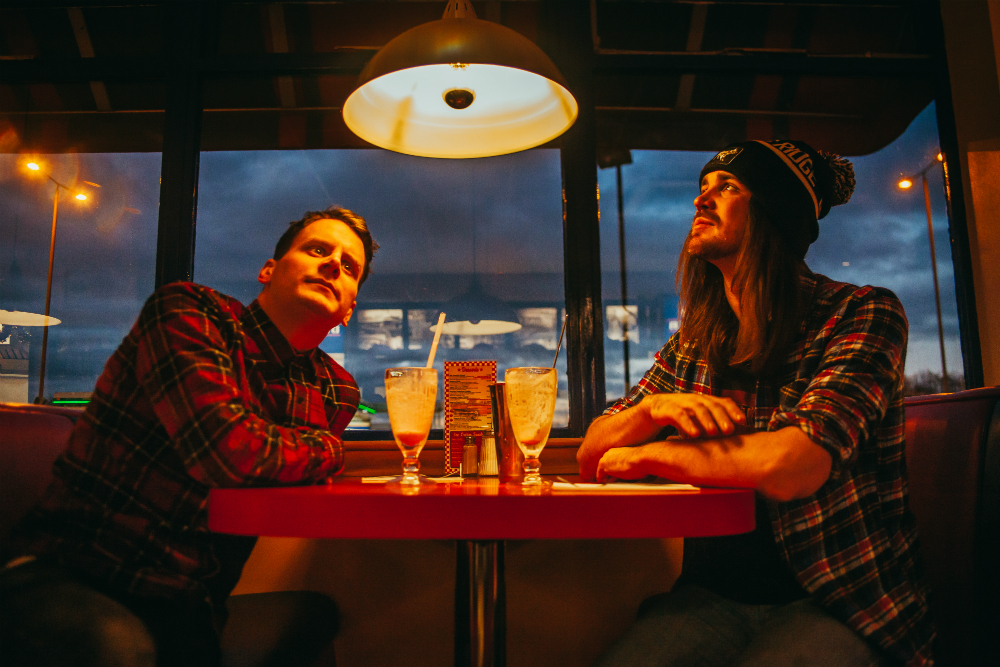 Taken from their forthcoming album ‘Challenger’
Due out 20th April on Earache Records
Pre-order: http://webstore.earache.com/haggard-cat

Tour supporting Feed The Rhino kicks off next week

Haggard Cat have revealed a new song ‘Bone Shaker’ from their forthcoming ‘Challenger’ album with a typically innovative new video to go alongside. The album is set for release 20th April via Earache Records.

“The video for ‘Bone Shaker’ was inspired by Japanese Kabuki Theatre,” says vocalist / guitarist Matt Reynolds. “We found footage of a crazy Japanese gameshow where contestants would act out given scenes using mime. We completely underestimated how much effort, coordination and timing goes into the art. Every prop you see in the video is homemade by us and everything that happens we acted out with a group of friends in one room. It seemed like an accurate representation of how we function as a band so we persevered and the result is ‘Bone Shaker’. Also we get eaten by a monster that we later explode, because we got carried away.”

‘The Patriot’ and ‘American Graffiti’ were the first tasters to be released from ‘Challenger’. The tracks have already enjoyed national airplay on BBC Radio 1’s Rock Show and BBC Introducing, as well as playlisting at Kerrang! TV.

Haggard Cat is a duo that also features Tom Marsh on Drums. You may recognise them and their propensity for chaos from the acclaimed UK hardcore band ‘HECK’. Taking the same attitude and fire that has pushed HECK’s name far and wide, Haggard Cat aim to convey the exact passion they are now known for in an entirely new way.

Haggard Cat originally formed as a means to play as many gigs as the duo humanly could without the restraints of exclusivity thrust upon them as part of the highly acclaimed HECK. Originally intended as a sideline, the project has now evolved into its own beast that the pair have decided fully unleash upon an unsuspecting public.

In 2017 Haggard Cat toured with the likes of Jamie Lenman, DZ Deathrays and Weirds as well as playing a headline slot at Camden Rocks and opening the main stage at ArcTanGent festival. This year sees them tour with Feed The Rhino (from next week), plus they’ve been announced on the line-up for Boomtown Festival.