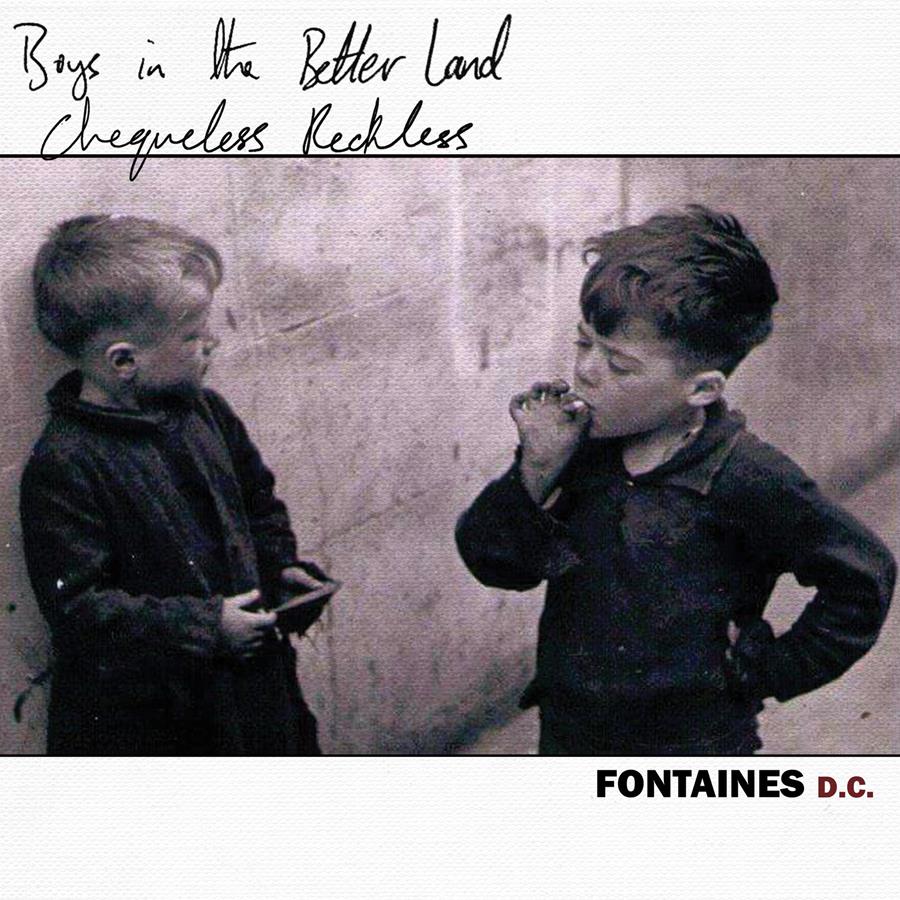 “Snarling, swaggering post-punk filtered through the retro-rock bands of the early ’00s” – Stereogum

“This band just keep getting better and better.” ​– Rough Trade

“I’m absolutely kicking myself for not seeing these live.” – Steve Lamacq

Fontaines D.C. met as a quintet in Dublin, influenced and driven in equal measure by the rich history of their hometown’s counter-culture, their response has been to make concise and immediately authentic indie-punk that has done anything but fall on deaf ears.

The last six months have seen Fontaines D.C. release two hotly received double A-side singles, both of which were named as singles of the week by Rough Trade, and garnered early support from the likes of Steve Lamacq and others on BBC 6 Music, as well as earning feature space from every major Irish publication. Similarly, the band have played a number of shows across Europe, Ireland and the UK earning a reputation for their brooding and trenchant live performances, supporting the likes of The Horrors, Girl Band and The Lemon Twigs, as well as playing festival slots at Electric Picnic, Hard Working Class Heroes and Other Voices.

Previous singles such as ‘Liberty Belle’ and ‘Hurricane Laughter’ call to mind the likes of the Modern Lovers, The Fall, Iggy Pop and The Strokes, seamlessly blending immediate lyrical hooks with melodic golden-era indie instrumentation, and ‘70s Stooges punk thrust, all of which is strewn with defiant rock and roll overtones. On their new single ‘Chequeless Reckless’, the band have decided to delve even deeper into their influences (which they personally cite as spanning from The La’s, to The Pogues to Buddy Holly) employing hypnotic, kraut-rock infused cyclical riffs, whilst channelling Dublin into their concise and often-unassumingly poetic lyrics with a distinctive gritty Irish drawl.

Fontaines D.C. have gone from strength-to-strength with each release, and with a vast range of critical acclaim, renowned live shows and a series of sold out releases behind them over the course of just six months, ‘Chequeless Reckless’ stands as a huge statement of intent, which is not to be ignored.