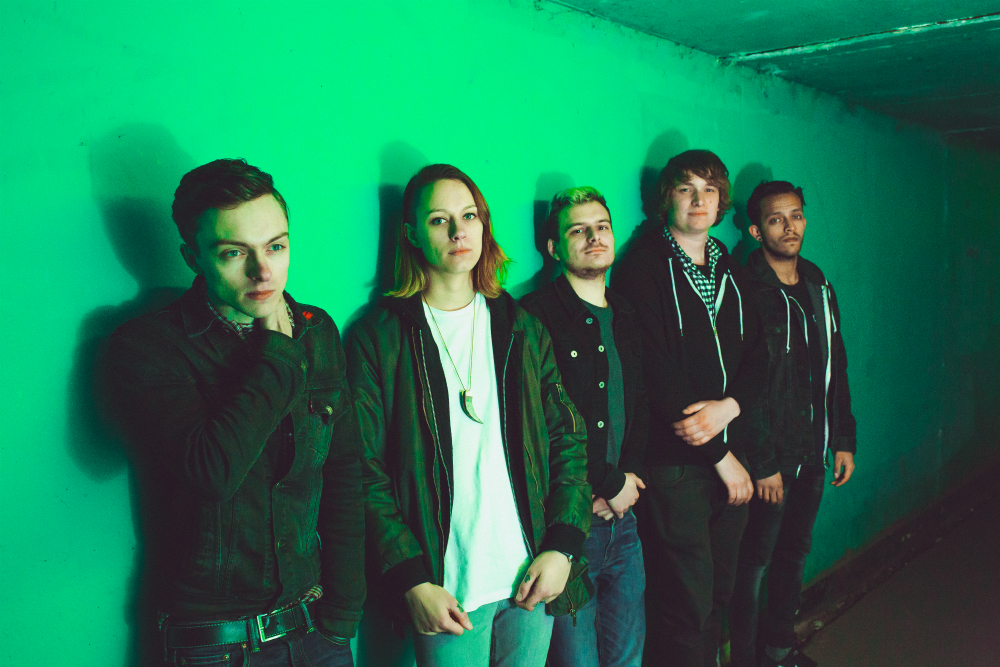 Ahead of the release of their new album ‘Exiled’, London’s DRONES have revealed another taster in the form of ‘Inferno’. Vocalist Lois McDougall says “Inferno was inspired by a friend of mine who went over to France in 2016 to speak to and attempt to help the people settled at the Calais ‘Jungle’ migrant camp. She described how the police were stopping natives from trying to offer clothing, blankets or even bin bags to the refugees. She used the phrase “Apparently altruism is now a criminal offence.” Following this, the tragedy of the fires at the Dunkirk camp ensued and ‘Inferno’ is really a reaction to these appalling events. I can’t imagine the hell that these people have faced – fleeing their homelands in terror, only to be greeted with hostility and hatred in a place they sought safety.”

It’s this current European Refugee crisis that has inspired ‘Exiled’ as a whole. McDougall elaborates on the pertinent thoughts behind the record, “Exiled is a collection of songs that we began writing after being struck by the misery of the European refugee crisis. Some of the songs are written from the perspectives of fictional characters of those impacted by the crisis, and others of those who prefer to distance themselves from it. Millions of people are suffering every day and it’s a subject that should be kept at the forefront of all of our minds. Music is a great platform for personal connection. We’ve taken a subject that can so easily be viewed as a distant-seeming ‘world-issue’, and tried to make it more personal. In doing so, we hope that people may feel more compassion for the victims, and that those suffering may find an ounce of comfort in these songs. Exiled is dedicated to those fleeing any war-torn country.”

‘Exiled’ will be released via Lockjaw Records on 9th March, 2018. Produced by Drones guitarist Tim Kramer at Signal House Studios, ‘Exiled’ is the first full length from Drones to feature the current line-up and it sees the band venture into a wider rock realm whilst still retaining their punk roots. The band will be playing shows in February and beyond.