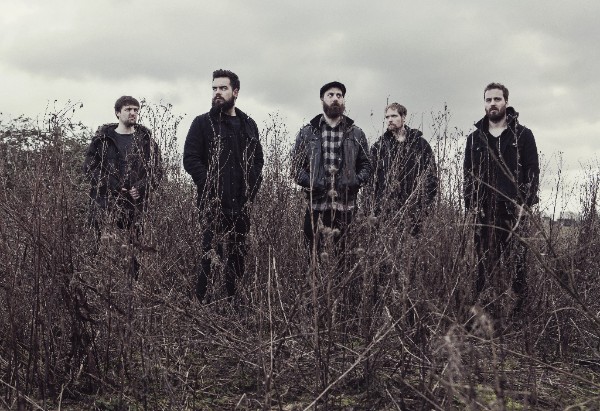 ‘Desert Storm are one trip you’ll want to get on board with.’ KERRANG!

2018 marks the return of Oxford-based sludge-metal titans Desert Storm as they prepare to follow the release of 2014’s critically-acclaimed ‘Omniscient’ album with their new opus ‘Sentinels’, confirmed for release this coming March 16th via APF Records.

This week Desert Storm has unveiled their first video from the album with a film that is as heavy in its subject matter as it is sonically. ‘Journey’s End’ tackles the subject of depression, alcohol and drug dependency and aims to spread awareness of these very real issues.

“The song title ‘Journey’s End’ gave me the idea about a guy who feels his life’s journey is at an end, or more hopefully his negative state of mind is at an end, before he makes changes and seeks help,” explains guitarist Ryan Cole. “We all felt that depression and mental health is very prominent in society today and although this is a harsh and bleak subject, especially with people such as Chris Cornell and Chester Bennington taking their lives so recently, the video is a way of hopefully helping create awareness. The portrayal of the noose burning at the end is to represent that the guy doesn’t go through with it.”

This glimmer of hope in the films closing scene perfectly represents the bands message. Despite all of the darkness in their sound, there is always light and there is always hope.

In addition to the album’s release, the band will be hitting the road hard throughout February, March and beyond in the UK and Europe. This is a band that have never been afraid to get in the van and have shared stages with a who’s who of heavy talent over the years, including Karma To Burn, Corrosion Of Conformity, Red Fang, VoiVod, Orange Goblin, Crowbar, Weedeater, Valiant Thor and many more.

Catch Desert Storm live at the following dates in the UK and Europe:

CENTURIES PREMIERE A VIDEO FOR “MAY LOVE BE WITH YOU ALWAYS”; FROM THEIR NEW ALBUM, THE LIGHTS OF THIS EARTH ARE BLINDING, OUT NOW ON SOUTHERN LORD