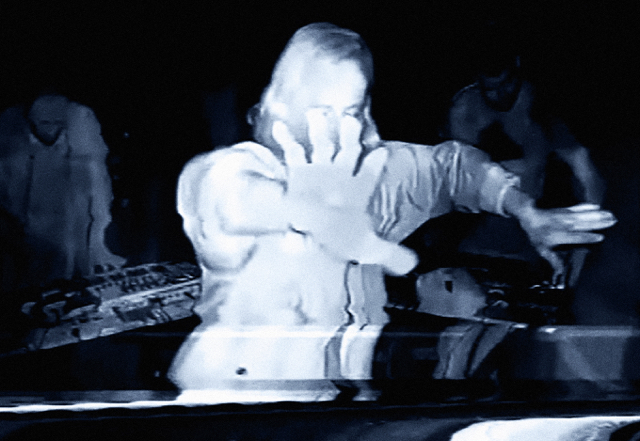 Cult French label Embrace are pleased to announce details of the UK debut from Oxford’s worst kept secret. Dagga Domes, the moniker for the pop infused electronic wunderkind endeavours of Kit Monteith, Jeremy Moors and Andrew Warne, mark their arrival with the ‘Optimistic Visions Of The Future’ EP on 2nd February 2018.

Featuring the mercurial talents of Kit (Foals, Trophy Wife) at the fore, Dagga Domes embark on a musical rollercoaster having attracted exhaustive comparisons – be it Oxford’s media to bloggers further afield and seen the band make an indelible impression even at this early stage – the ‘Optimistic Visions Of The Future’’ EP does nothing to dispel those plaudits.

Kit details the EP, “It had been however long, no idea. In a hazed out room and that feeling of your ears being full, totally full. Wires curled round one another, colours and bars on the window. No fucking Wifi. My eyes all at once felt tired and wide fixed too long on a loaded 909. I didn’t know what to do with this track, all beats and bruised bass lines, no topline. So I stood up and started shuffling round the room, swaying half in time, feeling the track in my shoulders, thinking about the girl I was with and how tough it had become. Then I sang – mumbled and stumbled over a melody, heard a chord sequence that wasn’t even there but latched on. I held a note, lost it and found it again but better this time as though my vocal chords just needed to reach out then pull back quick; the way you check for heat, before taking hold for real. Found a lyric and then another. They were lines that actually described. I shook my friend awake, baked and sang out my ideas to him… We started to record and by morning had agreed to start a band, call it DAGGA DOMES and write a break up record called Optimistic Visions Of The Future.”

Emotive, melancholia awash in hypnotic melodies,  ‘Optimistic Visions Of The Future’ EP will be available digitally through Embrace Records.