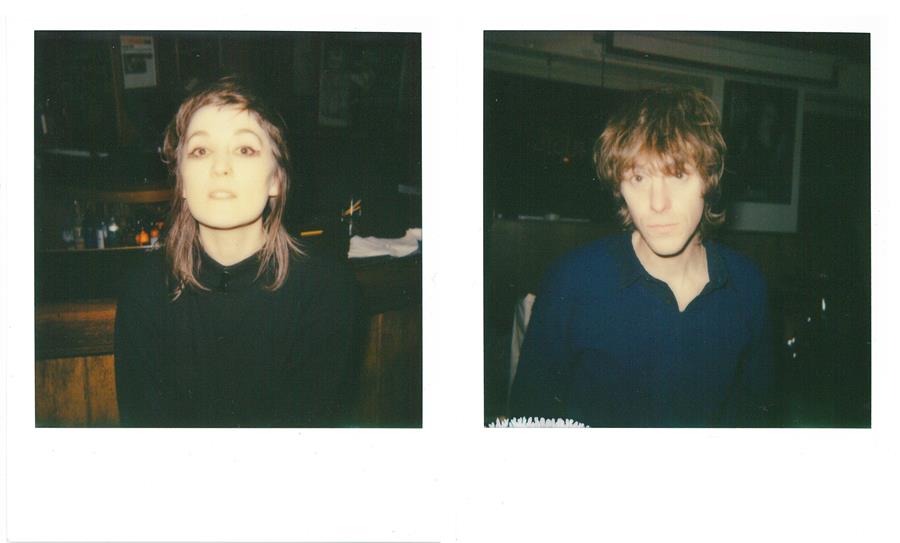 Cate Le Bon and Tim Presley (White Fence) have teamed up for a second album as DRINKS. The new album, Hippo Lite, will be released on Drag City worldwide on April 20, 2018. DRINKS began in 2015 with the release of their debut LP, Hermits on Holiday on Presley’s own Birth Records. Now they’ve shared the first single from Hippo Lite, “Real Outside,” listen to it now over at Stereogum. You can pre-order the album here.

“A month spent in an old mill in the under belly of France.
River swimming thrice a day.
Hot nights soundtracked by the rattle of randy frogs. Scorpion fear. In the sheets, on the face.
Hours of bird watching – no phone service. No wifi. 3 DVDs; Jurassic Park 1, 2 & 3.
Violin practice. Bread scoffing.
Early morning coffee drinking before the sun was too hot to do anything but snooze in the thick walled house. Music in the afternoon after a dip in the river and a cold beer on the square.
An album made for each other by one another with no hands, eyes or ears piercing the bubble other than that of dear friend Stephen Black who kept note of it all.”
– Cate Le Bon

“In a town, so very still and quiet.
A month in St. Hippolyte Du Fort, South France.
Where completely all of their brave young men vanished forever from the death machine of the first world war.
At one time left with only women and young girls.
Only relics of time standing still.
All the deceased names of men chiseled under a stone angel, that watches over the town square.
We set up a recording unit in an old stone mill turned house and began to write and record with the attention of tree trimmers or gardeners.
It got so hot we had to swim in a local river near by just to be able to think, then back to our home to make sounds and songs. Any sounds we could think of or wanted.
We used night sounds, night insects and used frogs as instruments. Did you know frogs have saxophones in their throats?
This is a broken music. a crumble. It’s the music of the building we called home for a month. We’ve never made & recorded music in such a simple living environment.
With all the ease, and air we needed. We were in a town 8 miles over from Robert Crumb’s hidden residence.
We lived in a mysterious place.
We had a flock of bats over for dinner many nights. No internet, or a phone to look to.
We had a beautiful big stone house, a river, and from time to time a lovely elderly yet young-hearted couple who would visit.
It was the opposite of what a typical recording experience usually is for any of us.
We tried to capture all of this and put it on record.”
– Tim Presley

“I have not listened to anything except the new Drinks album…….
At first i was like, this is a mind f**k. then i became addicted. it is totally brilliant”
– Bradford Cox (Deerhunter/Atlas Sound)

All songs and lyrics by Cate Le Bon & Tim Presley 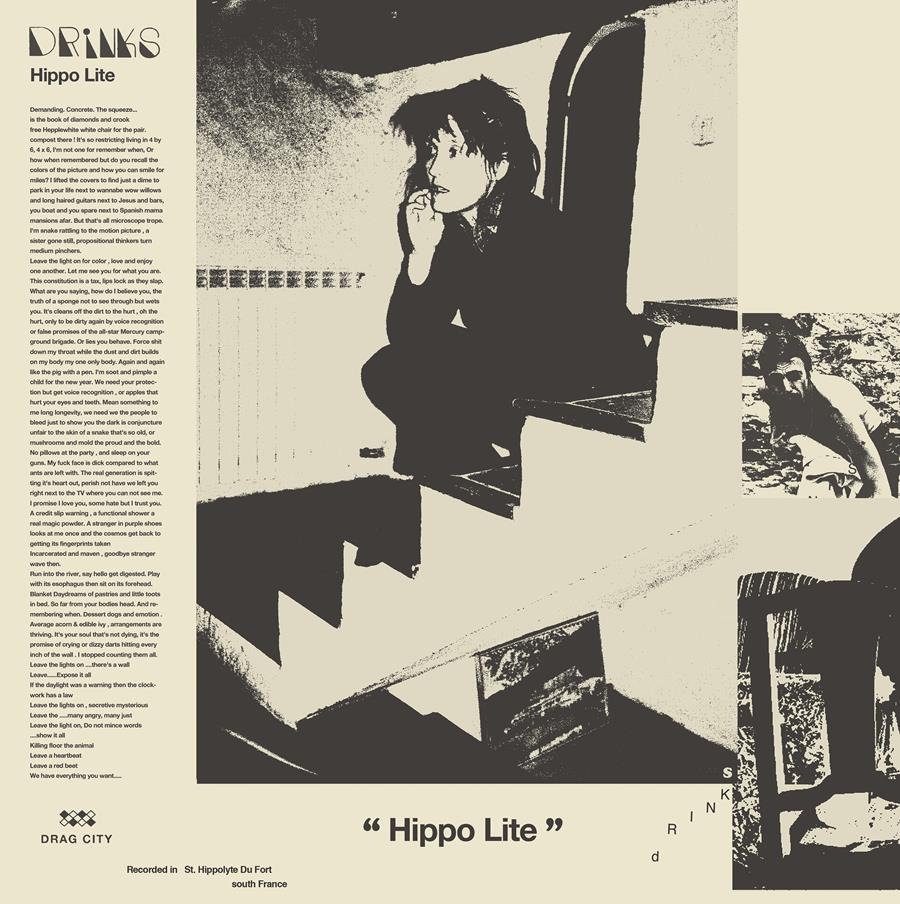