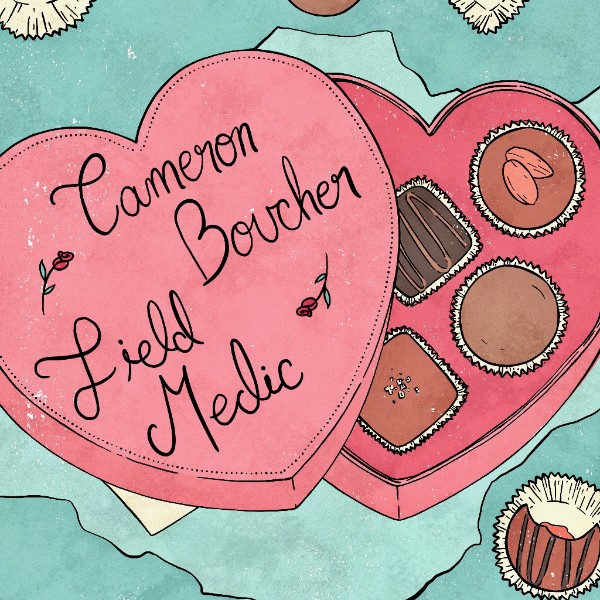 All Proceeds Go To Covenant House

Cameron Boucher of Sorority Noise and Field Medic have just released a new charity split for Valentine’s Day, with all proceeds going to Covenant House, an organization that provides shelter, food, immediate crisis care to homeless youth. The split is available now on Bandcamp, and can be streamed now on Spotify and Apple Music. Sorority Noise‘s last album You’re Not As ____ As You Think is available for purchase now via Triple Crown Records, while Field Medic’s most recent record Songs From The Sunroom can be picked up via Run For Cover Records.

Sorority Noise bio:
Sorority Noise write important songs. They go to uncomfortable places, unafraid to let the darkness in – but they’re also not shy at kicking back until the sorrow subsides. They’re songs of confusion, anger, life, death, mental health and, most importantly, hope. They’re what it means to be human.