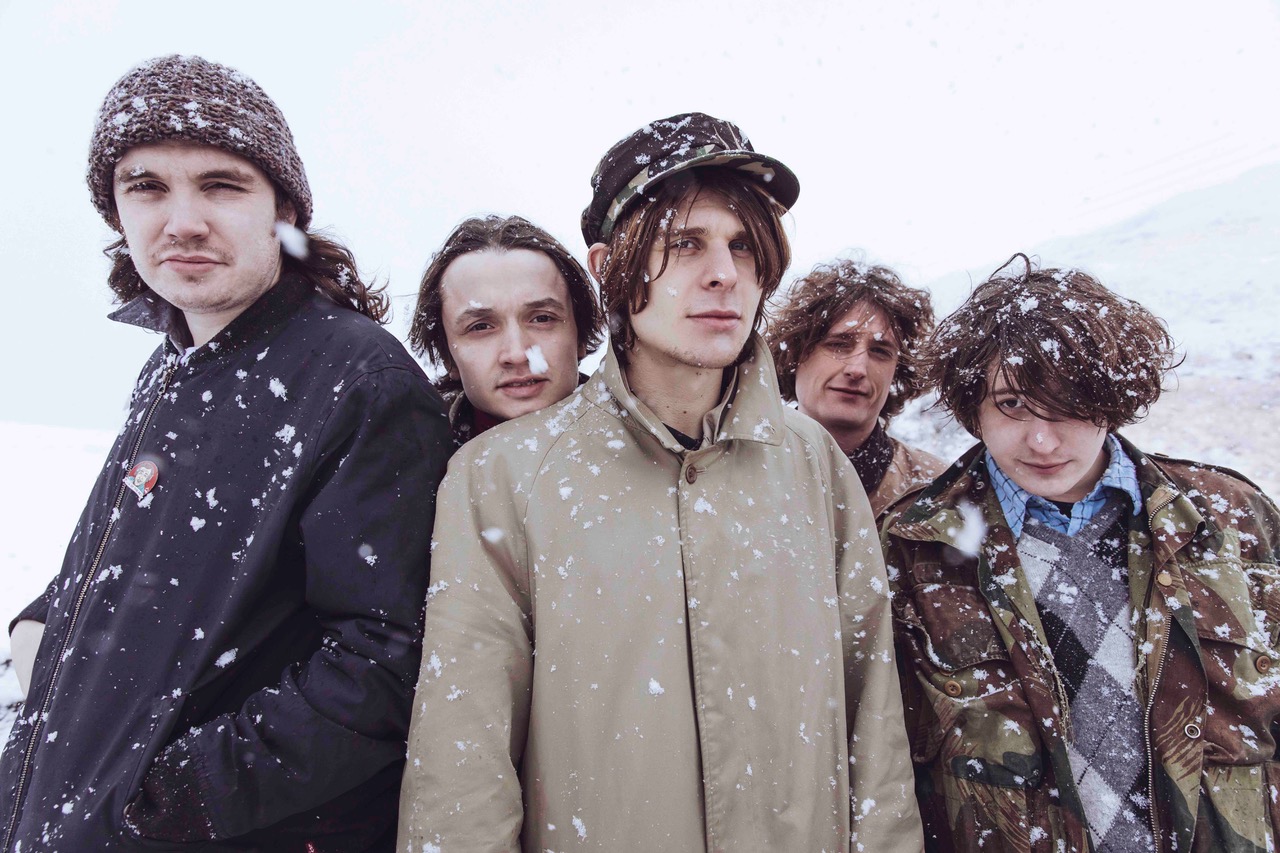 Cabbage have unveiled the video for their new single ‘Arms Of Pleonexia’, which has just been added to BBC 6Music’s Playlist. ‘Arms Of Pleonexia’ was written about the international arms trade and its cinematic black & white video, directed by long-time collaborator Dom Foster, is intentionally disturbing.

Write Cabbage: “The video is an opportunist representation of how our simplistic, questionable minds view the odious backdrop of the arms trade and the delicate situation of political control that arises tensions all over the world. Catch 22 in layman’s terms. The tensions not only exist in public safety and international bravado but is increasingly called upon in culture which reflects in our song and video. Lee and Joe, although their hairlines and blemishes are in high definition, are metaphorical states. With such institutions controlled by excessive greed, this inevitably leads to decisions that have huge detrimental effect. There are no winners in the arms trade. There are no winners in the video.”

Produced by James Skelly and Rich Turvey (Blossoms, The Coral, She Drew The Gun) at Parr Street Studios in Liverpool, ‘Nihilistic Glamour Shots’ is an album that confirms Cabbage as one of the most nuanced bands in years.
Equally drawn to socialist politics and mucking about, they’re devotees of both big choruses and anarchic totems like GG Allin, Genesis P Orridge and Butthole Surfers. It’s a mixture writ large throughout ‘Nihilistic Glamour Shots’, from the frenetic opening salvo of ‘Preach To The Converted’, ‘Arms Of Pleonexia’ and ‘Molotov Alcopop’, via ‘Perdurabo’s swampy blues and wild funk of ‘Exhibit A’ to the devastating seven-minute finale ‘Subhuman 2.0’. It’s hard to think of another band who could write a magnificently infectious two-minute frantic anthem and then call it ‘Obligatory Castration’. Only two album tracks have been heard before, ‘Celebration Of A Disease’ and ‘Gibraltar Ape’. Indeed, the savagely brilliant ‘Postmodernist Caligula’ was written and recorded in a matter of days at the end of the album recording sessions.

Cabbage formed in Mossley, a small town on the edge of the Pennines nine miles East of Manchester, in November 2015. There’s been a weight of fevered expectation around a full Cabbage album ever since their startling debut EP ‘Le Chou’ arrived at the start of 2016. Since then, the Manchester band have released 36 songs and played well over 200 gigs. While it broadens Cabbage’s sound further still from their already eclectic previous five EPs, ‘Nihilistic Glamour Shots’ also does a superb job of capturing the raw energy of their freewheeling live shows.

Cabbage recently finished the first leg of their 2018 UK tour, including a sold-out show at London’s 100 Club. They embark on further dates in April following the release of the album, with support from She Drew The Gun. On May 19th, the band will curate ‘Glamour At Thee Ritz’ at Manchester’s O2 Ritz. Starting at 5pm and headlined by Cabbage, the event across 2 rooms at The Ritz will feature PINS, The Blinders, Rhythm Method, Witch Fever, Lady Bird, Sports Team + more to be announced over the coming weeks.

Tickets for all gigs http://gigst.rs/CABBAGE