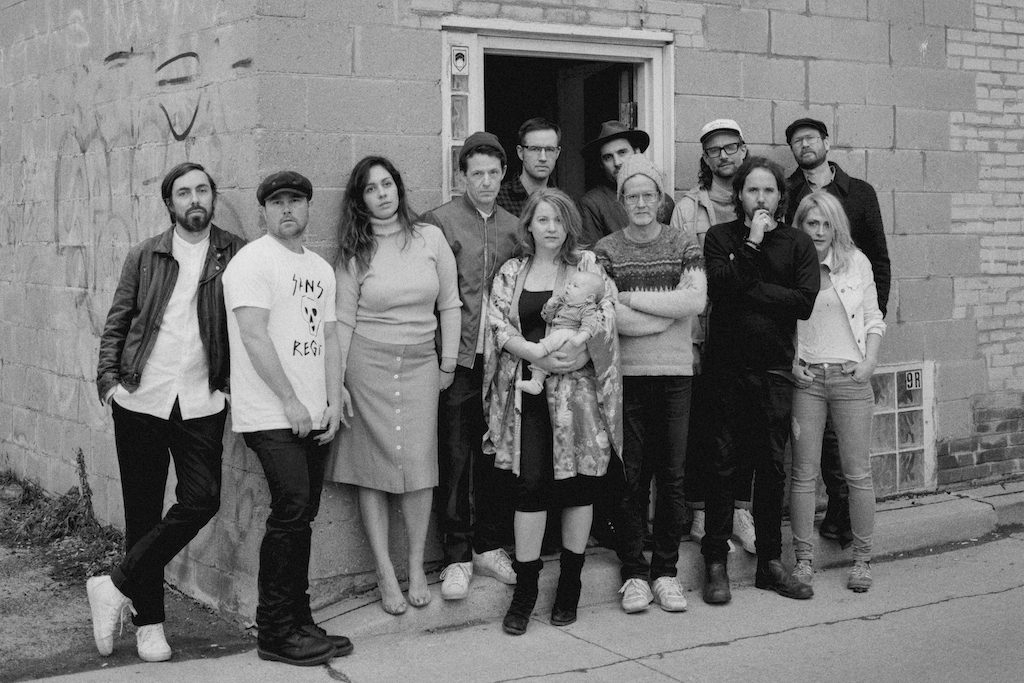 – Announce UK tour for May/ June!
– Album ‘Hug of Thunder’ out now via City Slang!

Broken Social Scene will be heading back to the UK & Ireland this year having just announced a string of dates for this May & June with shows in Dublin, Glasgow, Leeds, Birmingham, Bristol & London.

The band released their first new album in seven years last year via City Slang, to a rapturous response from fans and critics alike. ‘Hug Of Thunder’ is everything BSS fans love from the Canadian collective and then some, an album overflowing with glorious open chords, multi-voice harmonies, spacious psychedelia-tinted breakdowns, and more. Since the record came out, the band have played a multitude of triumphant shows across Europe, America & Canada.

Watch the video for “Vanity Pail Kids” from ‘Hug of Thunder’ here: http://bit.ly/2t9wpaE

Praise for ‘Hug of Thunder’
“On their first album in seven years, Broken Social Scene distill their sound to a vital essence. The band sounds focused and renewed, invigorated by the missionary spirit of their best work” – 8.4 Best New Music, Pitchfork
“It’s brilliant. It’s the record Broken Social Scene have always had within them, but perhaps never quite achieved… Broken Social Scene’s best album.” – The Quietus
“It’s a glorious return; joyous, enraged and exciting” – Q ★★★★
“‘Hug Of Thunder’ is exactly that: an intimate embrace by an old friend that often contains electrifying highs, but also jolts you with its emotional and musical intricacy. With BSS’s return, the world certainly seems a brighter place” – DIY ★★★★
“BSS emerge reborn and revitalised here. Their sound is bigger than ever” Album Of The Week – Sunday Express ★★★★
“They may be Broken but they don’t need fixing” – The Sun ★★★★
“They’ve created their very own modern classic” – Evening Standard ★★★★
“This is simply the sound of a band having the time of their lives. A delight.” – The Skinny ★★★★
“With members like Feist and Emily Haines back in the fold for the band’s first album in seven years, every song is big, anthemic and emotionally invigorating” – The Guardian ★★★★
“Some of the most exuberant and immediately engaging music they’ve ever recorded… Music that feels comforting and necessary.”  – Uncut 8/10
“Possessing pop hits that are unmatched in scale and scope… Its genuinely great to have the innovators back.” – Louder Than War 9/10
“BSS have managed to master the balance between spiky energy, tender melody and a singular knack for carving out a soaring chorus. Hug Of Thunder has undoubtedly been a long time coming, but it has unequivocally been worth the wait” – The Line Of Best Fit 8.5/10
“Consistently brilliant in it’s ambition” – Loud & Quiet 7/10
“BSS have made an album that trumps any cynicism that they may have faced, and in the process Hug of Thunder is as hearteningly unguarded and positive a record as you are likely to hear this year.”  – Drowned In Sound 7/10