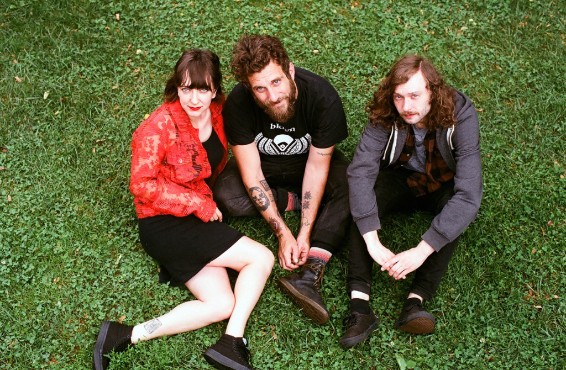 PARTY NAKED FOREVER OUT NOW ON EXPLODING IN SOUND RECORDS

Brooklyn, NY’s Bethlehem Steel have shared a vide for “Finger It Out,” from their recently released album, Party Naked Forever. The Grey Estates, who premiered the video today are saying, “This song encapsulates that nervous energy of the unknown and in video form it displays an answer, that for right now, Bethlehem Steel is having the time of their lives, and we should, too”. “Finger It Out” was filmed and directed by that band’s own Patrick Ronayne while on tour in 2017 and edited by Isabella Mingione (Baked). Party Naked Forever is out now via Exploding In Sound Records.

Bethlehem Steel have also announced a spring tour that includes SXSW and dates with Washer and Yazan. “a rich, cathartic, soaring guitar-heavy track about depression, and trying really hard to feel something.” – The FADER

“shifts from energetically, guitar-heavy to a languid tone as Ryskalczyk wails” – Billboard

Biography:
Bethlehem Steel invite you to Party Naked Forever, both figuratively and quite possibly literally. The Brooklyn trio of Rebecca Ryskalczyk (vocals/guitars), Jon Gernhart (drums) and Patrick Ronayne (bass), have created a record that breaks free from the anxiety, unhealthy relationships, and medicinal dependence to simply be itself; powerful, deeply personal, and untamed. There’s no holding back, Party Naked Forever is raw and bold, and Ryskalczyk’s songs are triumphantly pushed to their breaking point.

Formed out of an old friendship between Ryskalczyk and Gernhart, Bethlehem Steel came to be in Brooklyn, but its roots lie further North in Buffalo. The city and the stresses that come along with it led to the record’s cathartic moments, but it’s heart rests upstate, punctuated in dirty guitar lines, somber lyrics, and Ryskalczyk’s impeccable control. Her songs are honest and vulnerable, balanced by a muscular fury and scornful aggression. Party Naked Forever is an exploration of the things that keep Ryskalczyk up at night and voicing her concerns without a care of consequence. It’s the sound of truly being alive.

The record is named in honor of the late great Dave Weaver.