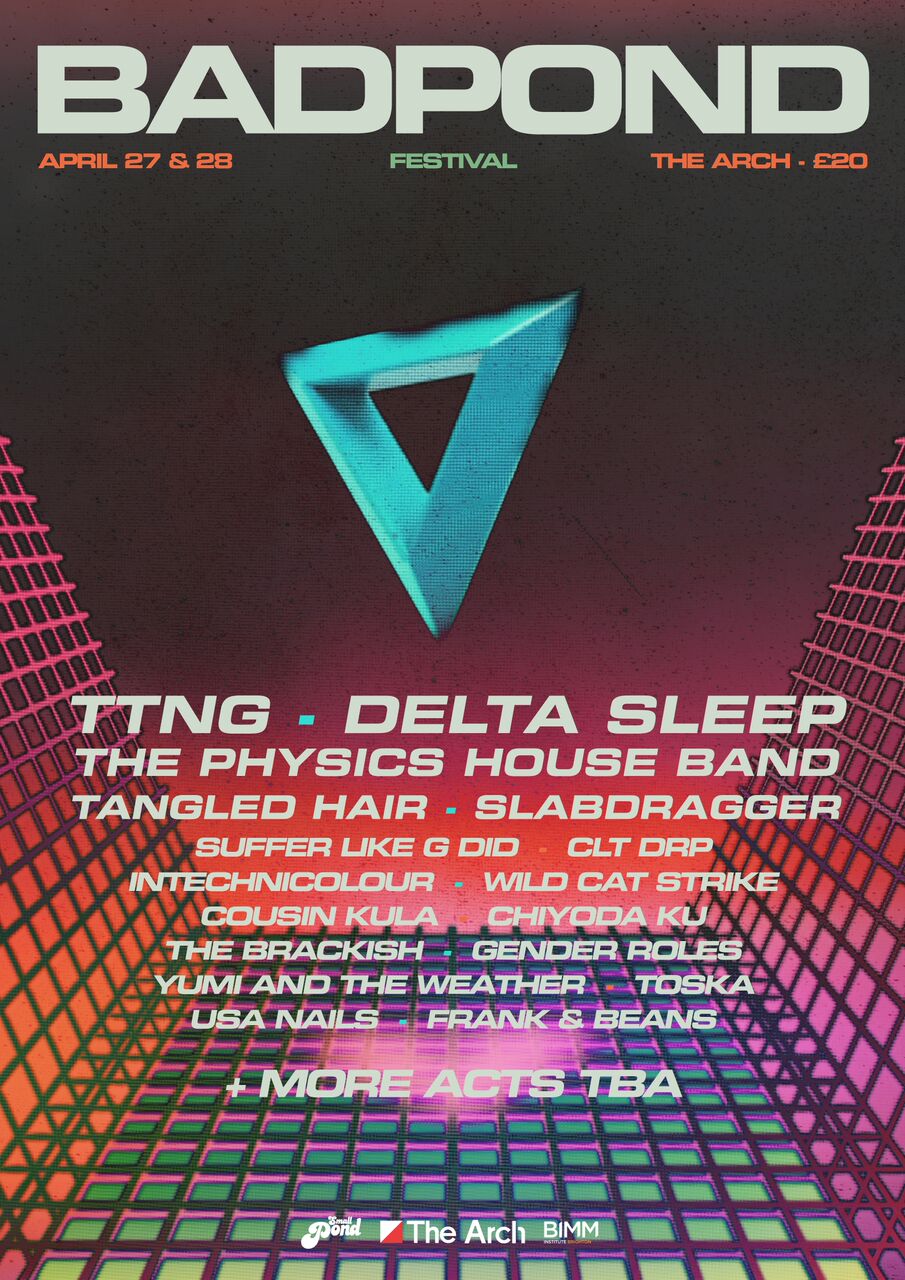 Small Pond are excited to present the third instalment of the Bad Pond Festival, taking over both rooms of iconic seafront club The Arch inBrighton on 27th and 28th April 2018; this venue marks a notable step up in size for the festival, building on the huge success of the event over the past two years.

With both Early Bird tiers sold out, Standard tickets are now on sale and moving fast – HERE.

The next announcement will bring more artists, an official after-party, and a BIMM showcase stage.

Bad Pond is yet another ambitious project from Small Pond. Fully up-and-running for just over two years now, Small Pond is a young music company centred on a thriving recording and rehearsal studio complex in the heart of Brighton, which is becoming a favourite haunt for rising bands and renowned acts alike – many of whom have also stopped by to film intimate live session videos or deliver masterclasses. Turning a hand to all aspects of the modern independent music industry, the company also offers live filming and photography, touring services, and gig promotions, as well as being home to a rapidly expanding record label. Applying the same keen ear for attention-grabbing music to their own roster, the Small Pond label is home to acts including The Physics House Band (a recent Guardian New Band Of The Week) alongside rising artists Natalie Evans, Inwards, InTechnicolour, Wild Cat Strike and Luo.

With previous Bad Pond line-ups boasting standout acts from the UK scene alongside international bands – including Italy’s Valerian Swing, Town Portal from Denmark, and Japan’s Mouse On The Keys and Bo Ningen – this fast-growing event has established itself as a must-do for fans of experimental and progressive live music from across the world.

Yumi And The Weather

+ More acts to be announced!

Brief event description:
As Bad Pond Festival enters its third year, organisers Small Pond have decided to bring together an even bigger and more eclectic selection of their favourite bands – ranging from experimental heavy rock, to dream pop, to electro punk – and expanding into a new venue in one of Brighton’s iconic seafront clubs.