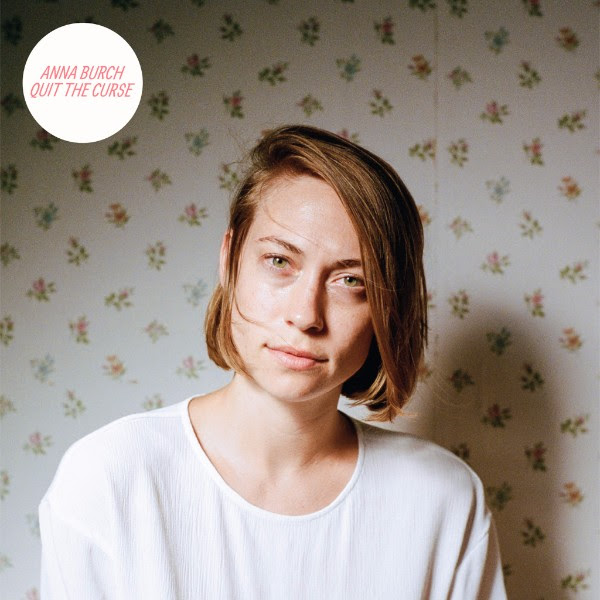 With a musical career that has already seen her fronting both folk rockers Frontier Ruckus and the more pop orientated Failed Flowers, it is safe to say that Detroit singer songwriter Anna Burch, is a talent with a lot of musical experience. She hones this experience on her debut solo album Quit The Curse and shows just what a talented songwriter she is.

It is not just musical experience that Burch has in spades, it’s also life experience and with that it’s safe to say that Burch cannot help but make evocative and heartfelt music and she certainly does that on this album. The songs have something extra about them too and that is a huge pop sheen which elevates her music and songwriting and demonstrates another focal point to her music but beneath that pop sheen is a cutting, darker lyrical content and it is that juxtaposition that makes this such an intriguing and album.

The sugar sweet harmonies and melodies do mask the murkier topics that are touched upon by Burch such as the cynical tale of scoring drugs that is Asking 4 A Friend and as you delve further into Quit The Curse you are struck at how that juxtaposition works and it certainly works well.

The majesty of Anna Burch’s voice disguises it though and you cannot help being swept away by her sweet voice especially on songs such as the opening 2 Cool 2 Care, the country tinged sadness of Belle Isle and the dreamy and forlorn In Your Dreams and as the album draws to a close with the longingness Of With You Every Day, you will realise just how much of a sublime album you have just listened to.

Quit The Curse is a great album that fans of Eleanor Friedberger and Cate Le Bon would adore and this debut solo offering marks the start of an exciting new chapter in the career of Anna Burch.