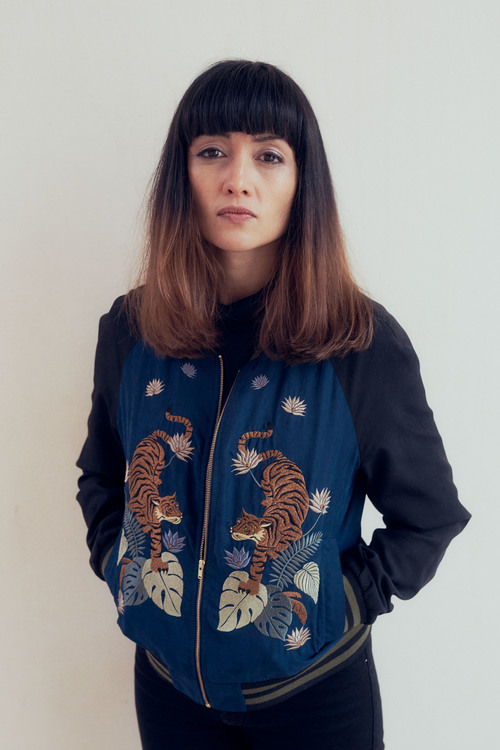 Announces UK shows:
17-19 May – The Great Escape – Brighton
30 May – Rough Trade East Recommends – London
“Reminiscent of the whimsical melodies of The Go-Betweens and harmonious soundscapes of Cocteau Twins, “All Of Our Time” is the work of seasoned artist Amaya Laucirica, someone who is still perfecting their sound four albums in.” The Line Of Best Fit
Australian musician Amaya Laucirica is due to release her new album Rituals this Friday 2 March 2018 via Opposite Number Records. She has announced some UK live shows for the spring, including The Great Escape in Brighton and Rough Trade East Recommends on 30 May, more dates to be announced.
Rituals is being streamed in full by Gold Flake Paint in the week leading up to release, calling it; “perhaps her most adventurous work to-date; a sprawling, ten-song rumination, on life and love, on the world and her place within it.”
She has also shared the final single “Could This Be” via Clash, who said that it is a; “wonderfully atmospheric new cut… a languid, spacious, suggestive piece of music. Redolent of the Twin Peaks soundtrack, the tumbling guitars are set against that soft focus vocal, a warm, fluid beauty.”
Amaya’s work blends swirling contours with wistful melodies and lush, sonic depth. Within this rich palette of sound resides Amaya’s uniquely captivating voice, restrained yet beautiful, with rich breathy tones offering touching moments of yearning and lament. The band features members of The Devastations and Lowtide.
The first single from the album, “More Than This”, was Lauren Laverne‘s headphone moment on BBC 6 Music. The lush video for the track was premiered via Gold Flake Paint, who wrote; “‘More Than This’ is a brooding, wonderfully compelling swirl of colour and charisma, the track drifting (pertinently, never forgettably) through six-and-a-half captivating minutes, while the video’s main star, dancer Ogemdi Ude, throws all manner of considered shapes alongside, beautiful and engaging in equal measure.”
Amaya began work on Rituals in 2015 while residing in Berlin. During this period, she also spent time performing live in Berlin and completed a solo tour of venues throughout Spain.
She returned to Australia in 2016, where she formed the band behind Rituals, featuring Andrew Keese (a singer/songwriter and composer in his own right, on guitar), Hugo Cran (from Beggars Banquet alumnus The Devastations on drums) and Giles Fielke (previously of Lowtideon bass). The record was produced by John Lee at Phaedra Studios and mastered by David Walker at Stepford Mastering.
Rituals is Amaya’s fourth album and it follows on from her critically acclaimed 2008 debut Sugar Lights, 2010’s Early Summer (which was selected by Australia’s premier national youth radio broadcaster JJJ as their “Album of the Week” and saw Amaya supporting acts such as Blonde Redhead and Mark Lanegan) and 2014’s Sway.
Rituals is a personal and intimate album dealing with themes of time, frustration, acceptance, loss and love. Musically, it is a richly complex and layered album that, although intricate and sometimes dense, also contains sparse moments of quiet transcendence and space. Ritualsmarks a major artistic statement and is the perfect demonstration of her talent for her first international release.
Watch video for “All Of Our Time”
https://youtu.be/HSwOmz1qHmE
Watch video for “More Than This”
https://youtu.be/63TqhggMuRQ

Amaya Laucirica
Rituals
Tracklisting:
1. LITTLE CLOUDS
2. UNDER THE TIDE
3. ALL OUR TIME
4. BROKEN GLASS
5. MORE THAN THIS
6. SOMETIMES
7. ENDANGERED MAN
8. LET IT HAPPEN
9. COULD THIS BE
10. STILL SO YOUNG
http://www.amayalaucirica.com/
https://www.facebook.com/oppositenumberrecords/