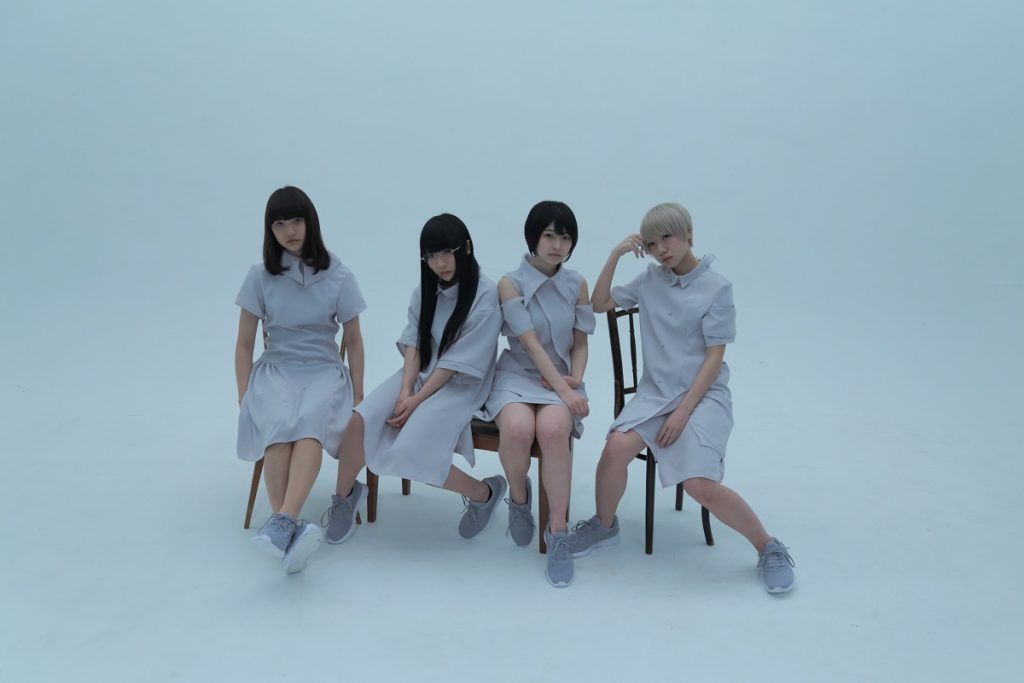 Read The Air Records are pleased to announced the signing of Japanese idol pop group Maison Book Girl for their maiden release on the newly formed record label.

Lead single ‘KARMA – UK Version’ will be featured on the label’s first ever pressing, available now via all good digital retailers and released on limited edition blue 7″ vinyl in May with a soon-to-be-revealed double A-side.

Read The Air Records is a collaboration between UK independent labels Alcopop! Records and Till Deaf Do Us Party Records, and Japanese independent label Vinyl Junkie. With a growing appetite for Japanese music from the UK audience, the aim for the new imprint is to help share some of the best artists emerging from the Japanese scene.

Commenting on the new venture, Alcopop! label boss Jack Pop said: “I’ve long been excited about the music coming out of Japan and in love with the culture emanating from the region, so when Vinyl Junkie, our favourite label over there, told us they wanted to work together, it seemed like a wonderful opportunity. This label will be solely concerned with highlighting some of the wonderful music coming from Tokyo, Yokohoma, Osaka and beyond. It’s that simple really!”

With musician and producer Kenta Sakurai as their core songwriter, producer and music director, the group not only perform and record music but also regularly appear in movies, collaborate with designers, and are constantly looking for new creative outlets and partnerships to help promote fashion, art and street culture.

Taking influence from everything from Scandinavian dream-pop to Japanese classical music, modern ambient minimalist, chiptune and video game soundtracks, it’s a multicultural melting pot of ideas, textures and soundscapes that’s typically upbeat and sugar-coated, but also ventures to the more experimental corners of pop that the likes of Sigrid, Christine & The Queens and St Vincent are toying with to great success.

Their debut album, bath room, was released in Japan in September 2015 to critical and public acclaim, playing their first headline show in Shibuya, Tokyo at the 700 capacity venue WOMB. The group sold out their second headline show the following year at Shibuya’s WWWX in less than an hour, subsequently signing with a major Japanese label and releasing their debut single ‘river (cloudy irony)’.

Early 2017 saw the group release their major label debut album image, alongside their first Japanese headline tour taking in six cities including Tokyo. They released a slew of follow up singles including ‘412’ and ‘cotoeri’ late last year, with a single launch party held at the 2500 capacity venue Zepp Divercity in Tokyo.

Miserable, Solo Project of Kristina Esfandiari, Former Vocalist of Whirr Signs with The Native Sound; Debut EP to be Released in Early 2014‏

Blakk Pearl shares video and remix for her debut single