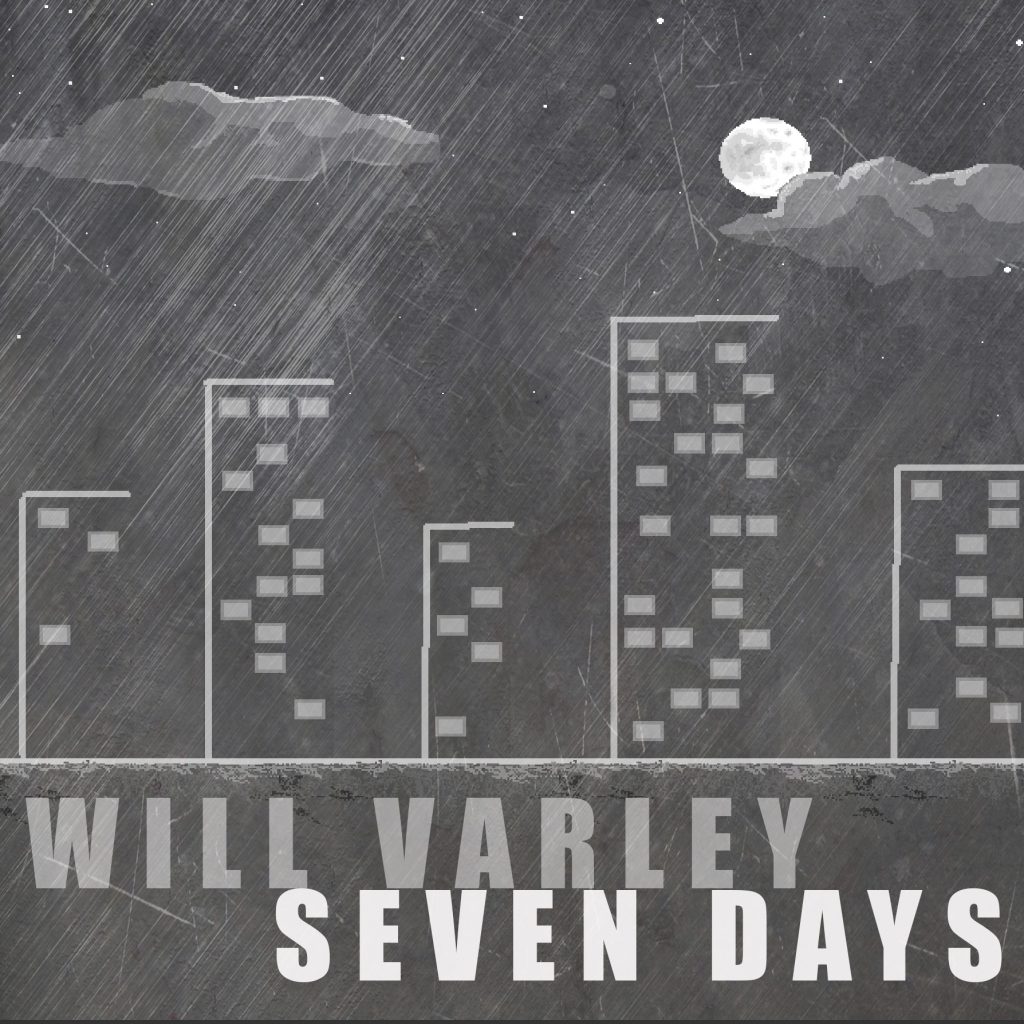 Will Varley has today released ‘Seven Days’, the latest track to emerge ahead of his forthcoming 5th studio album ‘Spirit Of Minnie’, released February 9, 2018 throughXtra Mile Recordings. Propelled by Varley’s burnished vocals & an innate gift for relatable lyricism, the track arrives alongside an animated music video created by Varley himself – watch here:  https://www.youtube.com/watch?v=8w0iHAj2TTM.

Compelled by the track’s affirmation of life’s fleeting, milestone moments, Varley has created the monochrome pixel art animation which accompanies the release of ‘Seven Days’, influenced by the classic 8-bit dos games of his own 90s childhood.

Following 2016’s much praised ‘Kingsdown Sundown’ and a sold out show at London’s Union Chapel, ‘Spirit Of Minnie’ marks a distinct change of direction for the singer songwriter, being the first time he has recorded with a full backing band. Produced by Cameron McVey (Massive Attack, Portishead, Neneh Cherry), the new album expands on the pared back musical palette of Varley’s previous sound, all the while retaining his gift for painterly, affirming and immediate lyric writing.

After a run of UK shows the album will come out on the same day he plays his biggest headline show to date at the iconic 02 Shepherds Bush Empire. Will is accompanying the announcement by releasing a brand new track from the album on Spotify and other digital platforms along with his entire back catalogue which, until now, could not be found on any streaming sites.

Aided by McVey’s nuanced, widescreen production and the warm cascading sound of his new band, ‘Spirit Of Minnie’, straddles Will’s sound and style from past to present. Counting the likes of Billy Bragg, Valerie June and Frank Turner as his fans, and with tours scheduled across Europe and America, the young songwriter from Deal seems poised for a huge 2018.