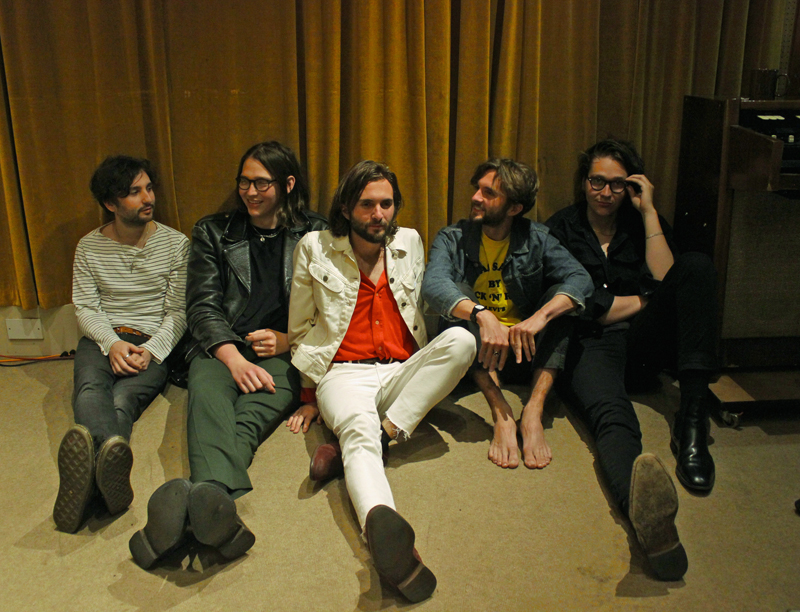 “For me the word ‘Schmuck’ carries so much weight and sadness in just one syllable,” explainsVoyages frontman, Will Walter. “So I fell in love with the word and felt compelled to write a song for every schmuck, deadbeat and down-and-out in every bar, in every town.“

The Bath 5-piece, made up of two sets of twins and an additional Brother, are about to release their five track, debut EP titled, New Year’s Day, made from a warm blend of 60’s pop with golden harmonies enriched by the psychedelic sounds of singer/songwriter, Will Walter’s record collection.

The track Schmuck is set over a 60’s surf guitar and dreamy vocal harmonies and is essentially a break-up song with a positive angle written from the perspective of giving yourself advice to avoid becoming “the schmuck in the bar with the glass.”

The Schmuck video contains extracts of a hidden gem from behind the iron curtain. The film was originally released in 1975 and is heavily influenced by Stanley Kubrick’s – 2001: A Space Odyssey, it seems the director has just swapped the adults for children and HAL for a hamster, then added in a teen romance.

“It’s an amazing looking film and has a Fisher Price quality that we loved. One day we’ll have the budget to star in our own space romance movie but until then this was a lot of fun to put together.”

Pre-order the vinyl that also comes with a digital download of all five tracks from here:https://voyagesmusic.bandcamp.com/releases