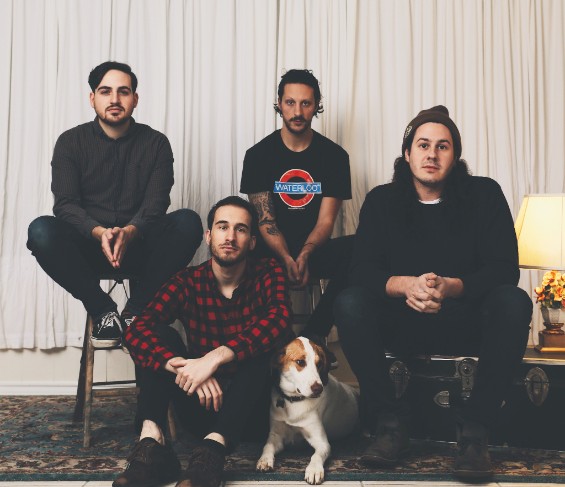 Toy Cars Premiere “Iron Me Out”
via Washed Up Emo

New Jersey’s Toy Cars have just released their new song “Iron Me Out,” premiering now on Washed Up Emo. Toy Car’s debut full length Paint Brain is set to be released on January 12th. Pre-orders are available now. The band has also recently released the music video for their single “Cold” via The Alternative. The Alternative says, “‘Cold’ explodes with emotional brevity and bright guitars, reeling in the sound of reflective nights with a song that wants to be the cold.”
Hear Toy Car’s New Single “Iron Me Out” now via Washed Up Emo.
Toy Cars begin their co-headlining tour with DRMCTHR on January 19th at House Of Independents. A full list of dates can be found below.

Toy Cars is an indie rock band from Asbury Park, NJ whose music is a dynamic and unique blend of Americana and Emo, coupled with introspective lyrics. Formed in 2014, originally intended to be a side project for vocalist/guitarist Matt Debenedetti. The band self recorded and released small batches of music with a rotating cast of members. In 2016 a more permanent lineup formed, consisting of Mike Linardi on drums, Matt Caponegro on guitar and Chris Beninato on bass.  They went on to release 2016’s Sleeping Patterns through Massachusetts independent label Counter Intuitive Records, which prompted frequent touring of the eastern U.S. Their debut full length record Paint Brain is expected on January 12th, 2018, which will be self released and funded by the band. Paint Brain is an album inspired by the ever present struggle of finding joy in the lulls of life. It’s an introspective, journal-like record that examines patience, personal growth, and finding happiness within your community.