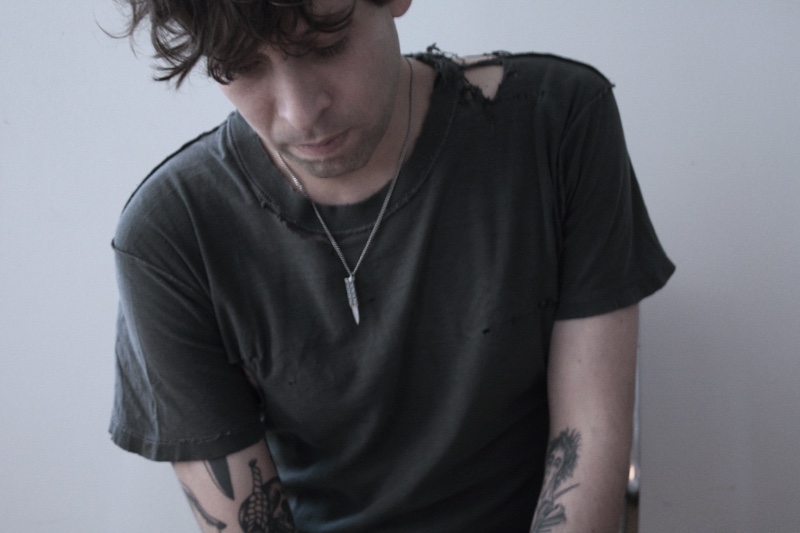 With his new album ‘Criminal‘ set for release Feb 2nd via Sacred Bones, Berlin via Oakland artist The Soft Moon is sharing his new single “Choke” from the upcoming record.

Speaking about the track, he said “I created ‘Choke’ as a theme song to my recurring corruptive behavior,” Luis Vasquez explains of the song’s inspiration. “It’s emblematic of my sleepless nights, wandering the streets of Berlin like some paranoid animal, while capturing the unbearable sound of my pulsating heart deep inside my chest. Full of ego and full of fear at the same time”

Criminal’ is a confessional work. Through the stark lens of shame and guilt that has followed Luis Vasquez since a violent childhood growing up within the humming ambient sprawl of 80s Mojave Desert, here he documents the gut-wrenching sound of going to war with himself. Battling with his own sanity, self-hatred, insecurity, self-entitlement and grappling with the risk of these things transforming him into a person he despises, Vasquez has laid his feelings bare with this: his confession and most self-reflective work to date.

“Guilt is my biggest demon and has been following me since childhood. Everything I do strengthens the narrative that I am guilty” Vasquez reflects. “The concept of ‘Criminal’ is a desperate attempt to find relief by both confessing to my wrongdoings and by blaming others for their wrongdoings that have affected me.”

‘Criminal’ marks a striking and important chapter in his self-exploration, both artistically and emotionally. As a young musician living in Oakland, Vasquez began to try and process the narrative of his difficult upbringing veiled through musical exploration. Taking krautrock’s motorik beats and Post-Punk deconstructions and honing them into a hushed percussive incantation, The Soft Moon‘s self-titled debut album took shape. The album was released in late 2010 by Captured Tracks and was praised by critics and emulated by contemporaries.

In 2012 the apocalyptic conceptual work of ‘Zeros’ emerged, shortly followed by Vasquez moving to Venice, Italy in 2013, acting as a catalyst for 2014’s release, ‘Deeper’. While previous albums were primarily instrumental records, where Vasquez’s voice was diffused amidst the music as another instrument, ‘Deeper’ marked the beginning of a new musical direction where vocals and lyrics became something more than a mere presence. ‘Deeper’ was a descent into the womb of childhood trauma, anxiety and fear, and although Vasquez survived this dark exploration of himself, he did not return alone.

Working once more with Maurizio Baggio, who produced ‘Deeper’, at La Distilleria in Bassano Del Grappa, Italy, ‘Criminal’ sees Vasquez further explore putting his lyrics at the forefront and letting his raw emotions flow. The album is Vasquez’s way of holding himself accountable and seeking redemption for the abuse he inflicts on himself and acknowledges roots in the abuse which, inflicted upon him as a child, broke him.

‘Criminal’ is available to pre-order at: http://hyperurl.co/TSMCriminal. 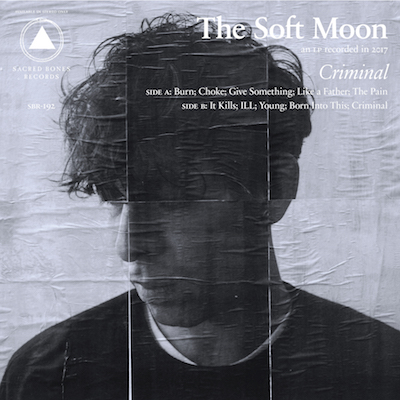