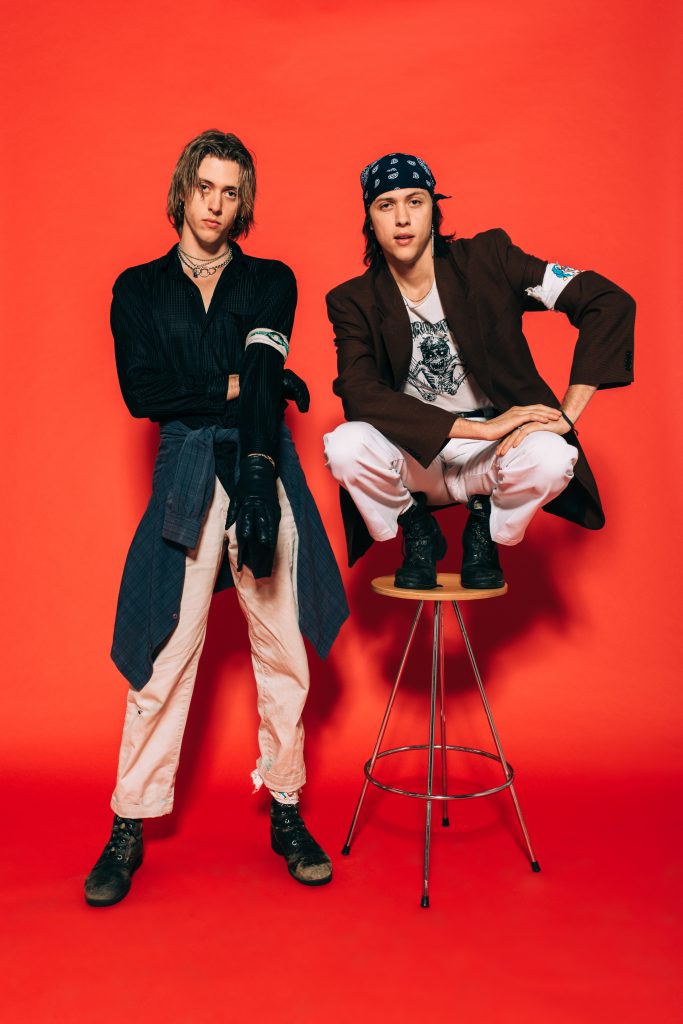 ’They punch you in the face with everything they do’ Dazed & Confused   ‘They blow our minds and our speakers……….we’re obsessed’ i-D

Once again leaving genre boundaries in the dust, The Garden twins return with ‘Mirror Might Steal Your Charm,’ out 30th March via Epitaph Records. Taking the audience away into a still unfathomed sound world and bringing back some of the scuzzier elements of their earlier work, the duo’s more guitar focused third album is another sublime slice of post-modern pop. Welcome back to a land that’s familiar, slightly out of sync, and a little bit unnerving.

Wyatt and Fletcher Shears (24) have been conceptualising their own style since well before the formation of the band in 2011. Described as auditory invaders of the new world; borderless, informed and decentralised, the duo represent a youthful punk scene in California with their DIY principles, thrift store-cum-glam fashion style and a vast list of influences. While 2013’s ‘Life And Times Of A Paperclip’ offered a glimpse into their breakbeat-propelled world of electro-punk anarchy, it was their innovative Epitaph debut ‘Haha’ (2015) that proved them to be much more than style over substance, sadistically teasing all essences of musical genres into 17 wonderfully chaotic tracks.

‘Mirror Might Steal Your Charm’ was self-produced and recorded in a lock-out studio in one short burst. “I think it’s healthy as an artist to switch up your environment once in a while. The production is tight as a whistle, but also more raw” offers Wyatt. “The process made for a more focused and personal sounding record, with a healthy dose of guitar throughout. Things are a little more refined. If we aren’t implementing past experience into new situations then we aren’t learning. Progress is very appealing to us,” adds Fletcher. First single ‘No Destination’s twinkly piano melody offers dreamy respite from the song’s serious undertone. The boys had this to say on it’s video:

“Regardless of your life’s goal, take time to appreciate the journey there and don’t forget how important that is. By the time you reach your ideal goal, you might be more satisfied with the journey to get there rather than the end point.” Wyatt

“Finishing this video was an accomplishment in itself. The trials and struggles we all dealt with whilst shooting it make ‘No Destination’ that much more meaningful…… and slightly hilarious at times.” Fletcher

The Garden strip off everything unnecessary about modern punk and get straight to the heart of it, consistently defying categorisation and breaking new ground with their own ‘Vada Vada’ philosophy, an idea that represents pure creative expression, disregarding all previously made genres and ideals. This is outsider music made from the inside, and when the multitude of sounds collide at pace, the results are spectacular.