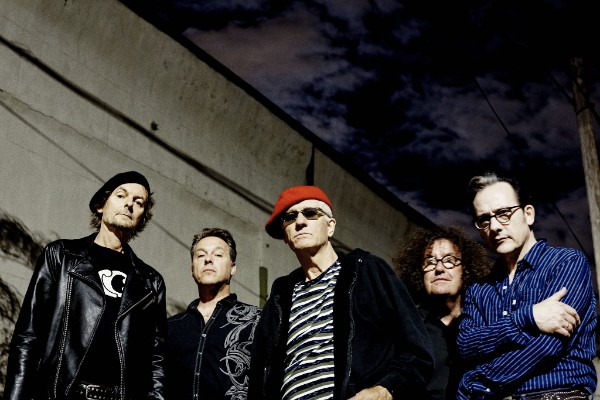 LISTEN TO NEW SINGLE ‘STANDING ON THE EDGE OF TOMORROW’ ON SPOTIFY:
https://open.spotify.com/album/4Sut8TOsIPuKQtHGgyea5E

UK TOUR THIS JANUARY AND FEBRUARY

Formed in 1976 at the forefront of the fledgling London punk scene, The Damned kick-started the birth of punk as we know it, leaving an influential legacy for generations to come. Their musical journey has seen the quintet intent on moving forward, courageously exploring sights and sounds way beyond their brash wide-eyed beginnings – and they’re back to do it all over again.

Some ten years since the release of their last studio recordings, The Damned return with a new album, ‘Evil Spirits’, to be released April 13th on Search And Destroy/Spinefarm Records, preceded by new single ‘Standing On The Edge Of Tomorrow’  streaming online today ahead of their forthcoming Evil Spirits UK tour starting January 26th.

Propelled by an enormously successful PledgeMusic funding campaign, the band headed to Atomic Sound Studios in Brooklyn in early October 2017 and began a frantic, high-energy, nine day burst of creativity with famed producer Tony Visconti, whose list of past working-relationships reads like a who’s who of popular music. (David Bowie, T Rex, Morrissey, U2, The Stranglers, Iggy Pop and Thin Lizzy to name but a few!) Reunited with former bassist Paul Gray (who played on the classic ‘Black Album’ and ‘Strawberries’ in the early eighties), the renewed line up  took full advantage of the studio’s classic Neve recording desk, valve gear and vintage equipment to form the new record.

“We deliberately recorded the album retro style,” explains guitarist Captain Sensible. “The same way our debut album was made, basically. There’s something wonderful about the seventies sounds; glam, rock and punk records, they all sound so great and Tony specialises in beautifully crafted old school production. He had us all playing live, bashing it out in the same room with a focus on getting the initial band version of each song as close as possible to the finished thing. “

The first taste of ‘Evil Spirits’ comes in the form of ‘Standing On The Edge Of Tomorrow’, a song penned by frontman Dave Vanian that packs a punch and carries a melody that is impossibly hard to shift once heard.

“It’s supposed to be very optimistic, even though it’s about a dark subject,” states Vanian. “As an artist, you can’t help but reflect the times, because that’s what art does. I think we always do it, but in a slightly different way. So a song like ‘Standing…’ may seem quite joyous and uplifting musically, but some of the lyrics might be about quite dark things. That’s what I’d like to think this album is – an uplifting album, not a moaning old album – not ‘this is terrible, and that’s terrible’, and then not offering any answers. It’s more a case of, ‘If we get it together, maybe we could change things a bit’.

Across the album’s ten-tracks, The Damned get to the root of their collective song-writing and ‘Evil Spirits’ is an album which doesn’t shrink from opposing the dastardly political forces at work in 2018, and indeed triumphs in seeking higher ground, to progress beyond them.

“This album is filled with a lot of influences from our earlier, pre-’70s tastes – the ’60s stuff. ‘Standing…’ is really linked into Joe Meek, ‘Telstar’, and that kind of stuff,” continues Vanian. At first, I’d said in an interview before we started writing this stuff that the album would be psychedelic, and maybe a trip through the historical side of The Damned, as in what we like. It didn’t happen in the way I thought it would, but it still does the same thing. It still has all that in there, but it’s not as obvious as it could’ve been, which is good. It’s not like pastiches of songs you remember, it’s more a case of, what was great about something you loved as a kid has somehow influenced a guitar sound, or the way the drums are. You might not even know it if you’re one of our younger fans, but if you’re a little older, you’ll hear it, which is kinda cool.”

And of the ‘Evil Spirits’ that the album intends to dispel?

“I started buying records in 1967, the Summer of Love,” adds Captain Sensible. “There were so many positive changes happening through the 60s and 70s; civil rights, feminism, the anti-nuclear demos in particular. Whatever happened to all that? Where are today’s anti-war marches? Whatever happened to the beautiful hippy dream of worldwide peace and love?”

Evil Spirits will be available on digital download via Spotify and i-Tunes, on CD and 180g vinyl available to pre-order from: https://thedamned.lnk.to/edgeoftomorrow

Catch The Damned on tour this January and February. Main support comes from fabled Stray Cats drummer Slim Jim Phantom (*except Koko), whilst support at Koko and The Forum comes from Kristeen Young. 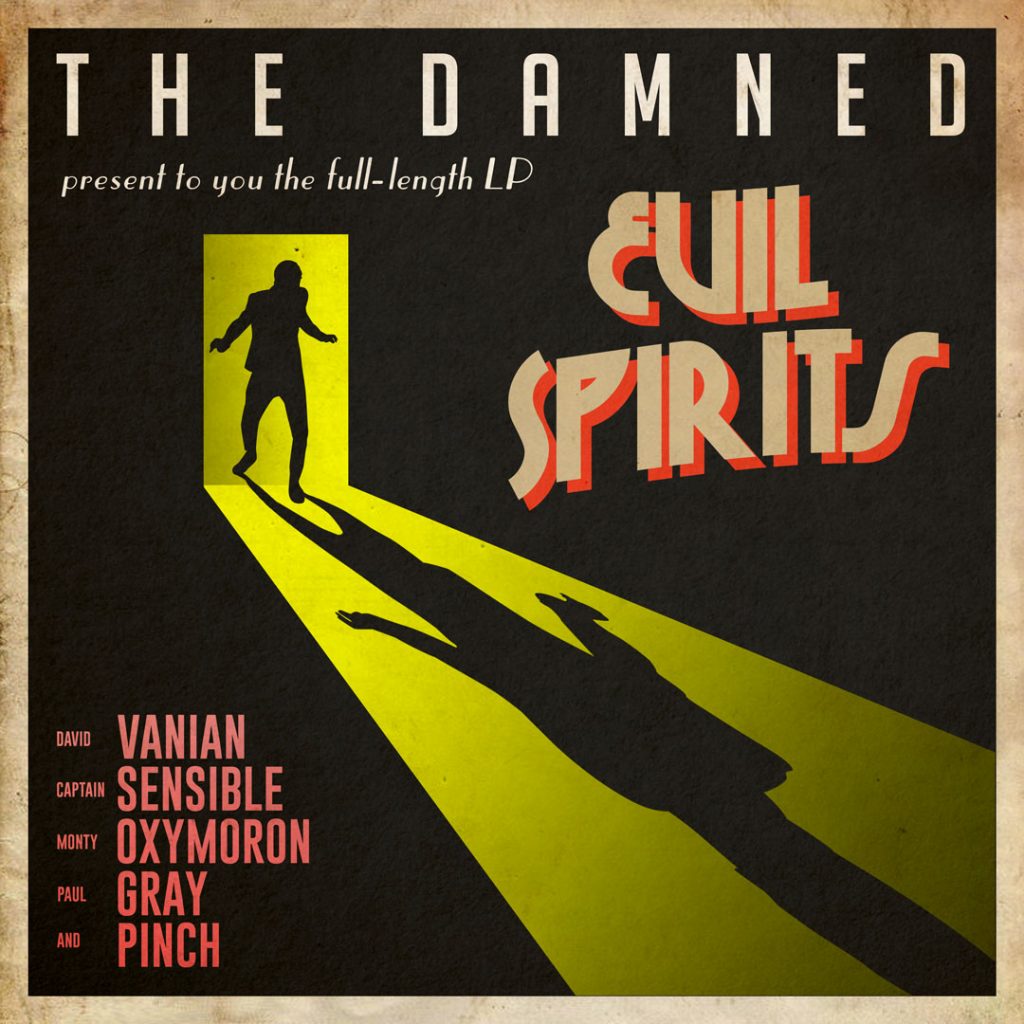