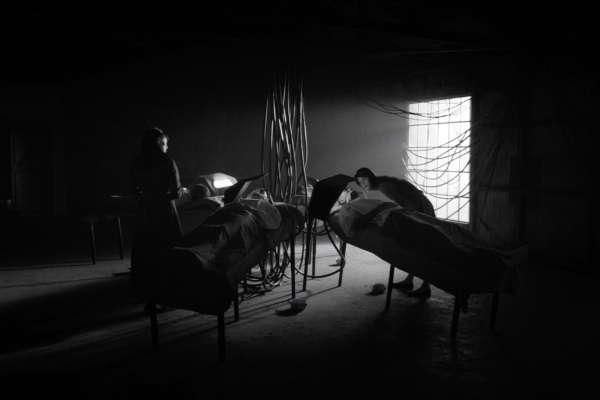 With their new album ‘Brighter Wounds’ set for release in a month’s time (February 9th on City Slang), SON LUXhave shared a second track from the record and accompanying video.

Speaking on the track, “Slowly,” Son Lux’s Ryan Lott comments: “A lie is a drug. It treads the line between poison and medicine. “Slowly” deals with the ability of untruth to evolve into reality, and then function as a drug. But can a lie be a salve? Must we always bear the burden of believing what is real?”

Director Alex Cook’s video for “Slowly” follows two caretakers as they sacrificially tend to a small group of patients. “The idea for the video was born from the track’s unnerving beat and deceptive undertones” he says. “The story takes place in an alternate, dystopian time in which people transfer their negative memories to one another through a mysterious machine.”

The follow-up to 2015’s exultant and explosive LP Bones, ‘Brighter Wounds’ finds Son Lux transformed all over again. This fifth album marks another fundamental shift as Lott leaves universal themes behind to write from a personal perspective: while making these songs, he became a father and lost a family member to cancer. Days of “firsts” were also days of “lasts,” and the normal fears of first-time parenthood were compounded by a frightening new reality — Lott’s son was born shortly after Election Day. These songs draw on all of that: warm reflections of a fading past, the pain of still-present loss, and a mix of anxiety and hope for a future promised to none.

Launched in 2008 with At War with Walls & Mazes, Son Lux’s origin as a solo affair was the result of a classically trained mind straining against the constraints of the medium, turning piles of self-sourced note snippets into pulsing digital orchestras. Across 2011’s ‘We Are Rising’ and 2013’s ‘Lanterns’, Lott maintained his auteur approach while broadening the Son Lux sound and guest list to unexpected results. The latter drew the attention of several major pop acts, many of whom who incorporated moments from the album into their own works; Lorde even teamed up on a redux of “Easy,” and covered the song on tour. In recent years, the project’s broad list of collaborators has grown to include Moses Sumney, Halsey, Boots, Nico Muhly, Chris Thile, and Woodkid. Lott’s extracurriculars have included Sisyphus, a collaboration with Sufjan Stevens and Serengeti, as well as scoring three feature films. On 2015’s album ‘Bones’, Lott was officially joined by his touring band members Rafiq Bhatia (guitar) and Ian Chang (drums), making Son Lux a three-piece.

‘Brighter Wounds’ track list:
A1. Forty Screams
A2. Dream State
A3. Labor
A4. Slowly
A5. The Fool You Need
B6. All Directions
B7. Aquatic
B8. Surrounded
B9. Young
B10. Resurrection 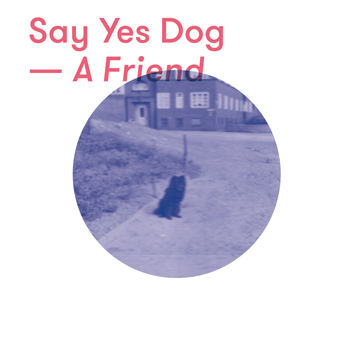