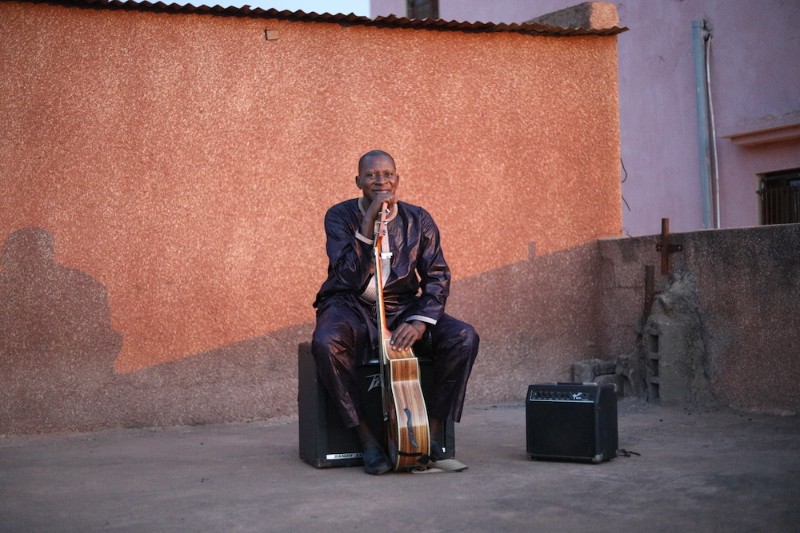 Mali’s internationally acclaimed Sidi Touré releasing the exuberant, electro-acoustic
Toubalbero
Out Mar. 23 on Thrill Jockey
Toubalbero is the first album by the acclaimed Songhai legend to be recorded with electric guitar and bass – the groove is irresistible!

“Touré weaves beautifully textured songs; each takes a snapshot of an individual Songhaï musical style, from takamba dances to the holley played in possession rituals to the gao­gao played at joyful times like weddings.”
– NPR Music First Listen“The music seems to radiate outward in timeless concentric circles rather than plot some linear trajectory.” – Wire

“...As a Western listener, there’s always some enlightening novelty in hearing the blues– especially the blues coming from a place currently as fouled-up as Mali– recast as something so bright, so unapologetically hopeful.” – Pitchfork

On March 23rd, 2018, acclaimed Malian musician Sidi Touré will be releasing his fourth album, Toubalbero. Named after the large traditional drum used  to gather people in the Malian region of Gao, Toubalbero is a danceable, dynamic, and despite the region’s significant political challenges,  joyous album.

For his first electro-acoustic album, Sidi Touré (vocals, guitar, and calabash) is joined by bassist Baba Traoré, drummer Mamadou “Mandou” Kone (who also plays with Vieux Farka Touré), electric guitarist Djadjé Traoré, N’Goni player (traditional Malian guitar) Ousmane “Papou” Dagnon, and vocalist Babou Diallo. This is a reflection of his performance style of the last three years throughout Mali. The music is a celebration driven by the energy and groove of the rhythms.Toubalbero is exhilarating trance music overflowing with joy and carried by the beauty of Sidi’s voice.