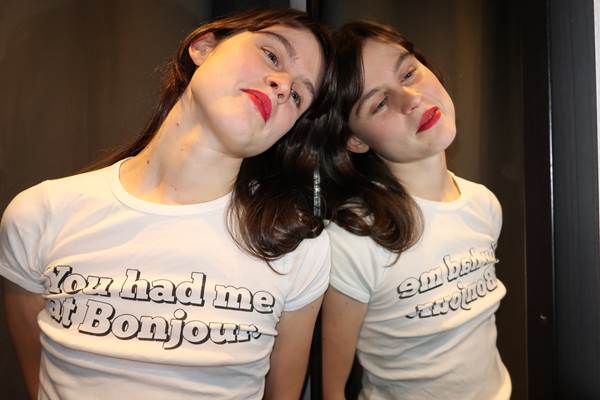 ‘A true-to-life twist on a pop star trope……….endlessly charming’  The Fader

Follows her acclaimed debut LP ‘Fish,’  PNKSLM Recordings will release Swedish anti-popstar ShitKid’s upcoming EP ‘This Is It’ on January 19th. Latest single ‘Yooouuu’ is a grunge rock ode to ending of a relationship, whilst obsessing over how many days will pass before a run-in with the ex. ShitKid AKA Åsa Söderqvist has this to say on it’s newly video:

‘The video for ‘’Yooouuu’ was recorded during one day in Malmö by my art director/roadmanager, Moa Romanova who recently became friends with Elias, the cute guy who also stars in the video. We had decided we wanted a cheesy love-video for the song and filmed it at the cold beach, at Elias’ home and walking the streets of Malmö whilst getting wasted. Some parts are shot at the ”afterparty”. We had fun.’

ShitKid first appeared in the spring of 2016 with a self-titled debut EP and quickly rose to prominence as one of the most exciting new acts out of Scandinavia, with a unique DIY-edge and an unwillingness to conform. After the success of the debut album and multiple tours around Europe, and slots at festivals like Roskilde, Way Out West, The Great Escape, ShitKid is now back with new music – her fourth collection of tracks in under two years.

This Is It is ShitKid’s strongest collection of tracks to date, while showcasing both a broader sound and a growth in songwriting, it retains the direct lo-fi qualities of her early recordings. ‘This Is It’ is performed and produced by Åsa herself and recorded in her own in her bedroom, car and rehearsal space, and later mixed and mastered by Luke Reilly.