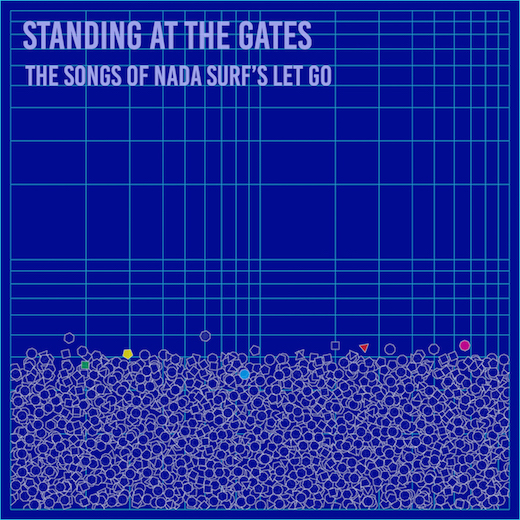 In celebration of the 15th anniversary of their seminal album Let Go, Nada Surf are self-releasing Standing At The Gates: The Songs of Nada Surf’s Let Go, a charity album featuring a diverse list of artists covering the record. To ring in the announcement, the band has shared Ron Gallo’s cover of “Happy Kid” which is available to stream HERE.

The album features covers by Aimee Mann, Ed Harcourt, Rogue Wave, Manchester Orchestra, Charly Bliss and more. The full track list can be found below. Standing At The Gates will be released digitally on February 2nd, 2018 followed by CD on March 2nd. Nada Surf supports the ACLU and The Pablove Foundation.

Standing At The Gates: The Songs of Nada Surf’s Let Go track list:

Originally released in 2003, Let Go had different track listings in the US and UK/EU. This compilation features the US track listing and includes “No Quick Fix” (recorded by Victoria Bergsman of Taken by Trees/The Concretes), a song that appeared only on the initial UK/EU release. “Neither Heaven Nor Space” wasn’t included on the initial release in the UK/EU.

Let Go was heralded by the music press and is recognized for rejuvenating the band’s career after an awkward parting with their initial label, Elektra Records.

Nada Surf will tour in celebration of Let Go’s 15th anniversary. The shows are billed as ‘An Evening with Nada Surf, Celebrating the 15th Anniversary of Let Go.’ UK live info below:

“I’m totally knocked out by the new versions of these songs, by so many of my favorite artists. I never would have suggested making this album, but I’m sure glad it happened!” Matthew Caws

“Not many people know this but the night I met my wife was at a Nada Surf gig in London at the Borderline; they are one of those bands that remain very dear to us, not just because Let Go was a record that we played to death but also because we were label mates, toured together and even released a split 7 inch (now I’m feeling pretty old)…when I was asked to record a version of “Fruit Fly” it made me laugh because I actually can’t stand fruitflies, but it’s such a beautiful song so the decision was obviously yes. Of course I had to take it down a key, because Matthew has such an amazing and pure voice that can effortlessly reach the high heavens & upper rafters! A honour and a privilege gentlemen. Perhaps I’ll be nicer to fruitlfies from now on.” Ed Harcourt

“I first heard Nada Surf on a mix CD a friend made me in high school that was pretty life-changing. It was 20+ songs from bands I had never heard of before. It opened the door to “underground” or “indie” music for me, and also the door to actually good songs being written by weirdos in the present day, which I didn’t know existed from listening to mostly south jersey pop-punk and hardcore music. I’m pretty sure it was the song “Paper Boats” from Let Go. I really sucked at making music back then so it’s cool to have this resurface many years later and be able to be apart of the compilation.” Ron Gallo