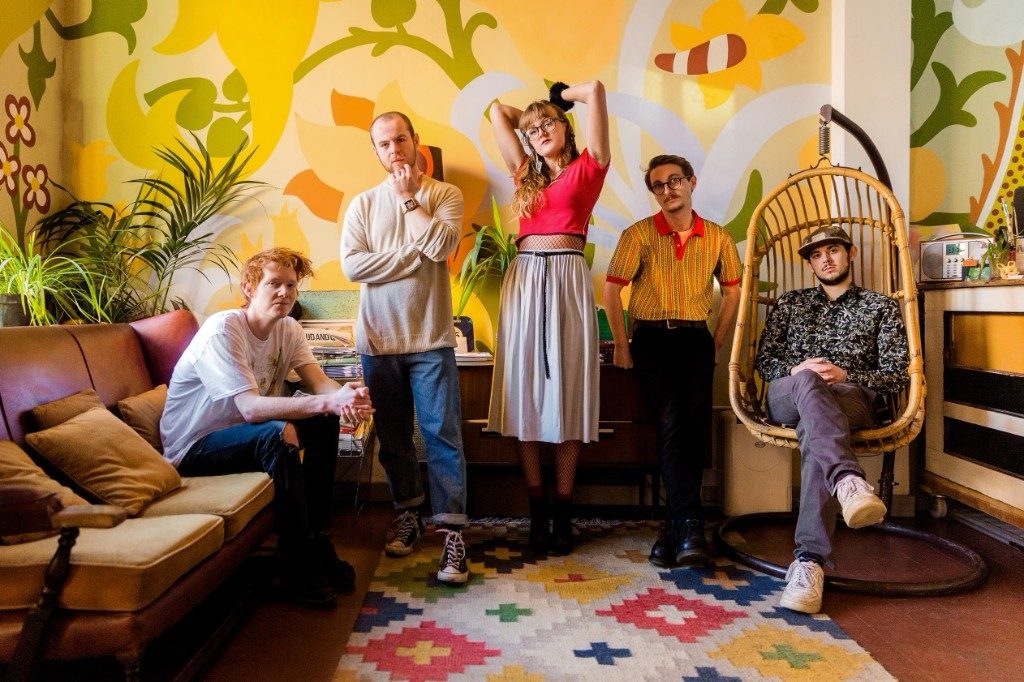 “once again melding whimsical vocals, urgent, growling riffs and electronic thuds” The 405 —“A frighteningly competent showcase from the newcomers” DIY — “Angular off kilter guitar pop with a surreal streak… they seem to exist in their own world” Clash

Leeds’ art-rock 5-piece The Golden Age of TV make their first move of 2018, unveiling the smart and addictive Beast, a rhythmic stomper, destined for the luminous dancefloors of indie-discos of the future.

“It’s telling a story from my childhood, during that cross-over period when I had to be more independent. It was little things; facing my fear of the dark or going to the toilet on my own without my mum standing outside the door. The change and stress manifested into dreaming and imagining a monster coming after me. I’d see it everywhere I went. It sounds a bit trippy. But I guess growing up is?”

The quintet have had a busy start to their career since forming just over a year ago. With only two tracks released, Dust and Between Each Brick, they grabbed the ear of BBC Radio 1 new music doyen Huw Stephens, as well as airplay from 6 Music and Amazing Radio. Further to this came praise and hype from the online tastemaker sphere, notably from DIY and Clash.

The live side too has seen exciting opportunities for the group. Last summer, they sub-headlined the BBC Introducing Stage at Reading and Leeds festivals, as well as also taking in exciting support slots with Fickle Friends, Toothless and Alex Cameron. They were also able to strut their stuff with coveted slots at some of the UK’s premiere new music festivals, Live at Leeds and Liverpool Sound City.

Beast was recorded at Greenmount studios with producers Lee Smith and Jamie Lockhart (Alex Clare, The Cribs, Submotion Orchestra, Pulled Apart By Horses), and is being self-released on 16th January.

MAYLENE and THE SONS OF DISASTER Releases New Album "IV"