LUNCH  is a duo based between Liverpool and London, composed of Heloise and Ulysses who between them also play in  Deep Throat Choir Landshapes  and Barberos .  Their collaboration could be called experimental pop and they enjoy the surreal, finding inspiration from eclipses, eau de cologne and mating frogs.  February 13th will see them self release their debut mixtape, entitled “Lana Turner” ,  which was influenced by their recent travels and the sounds they picked up there.  The first single from the EP was premiered on Clash and is accompanied by a video featuring the band.  Watch the video for  “Lotus”  below…

Speaking of the idea behind the video, the band said… “Based on Frank O’Hara’s poem “Meditations in an Emergency” we created this tragically hypnotic song and named it “Lotus”. Continuously swaying, spellbinding rhythms and entrancing melodies melt into a piece we think reflects both the melancholy as well as the urgency of the poem. We produced a 360° road video inspired by the 1964 film ‘The Last Clean Shirt’. Exploring the idea of adventure in a 1963 Dodge Dart (a contemporary of Frank’s..) we pick up various strangers in the back seat whilst hurtling through Swiss mountains and urban landscape.”

LUNCH‘s debut mixtape “Lana Turner” (named after the Frank O’Hara poem ‘Lana Turner has collapsed’) will be self released for free on February 13th. To celebrate the release, LUNCH will perform an intimate show at London’s Lumiere on the same date. Mixtape track-listing + artwork below: 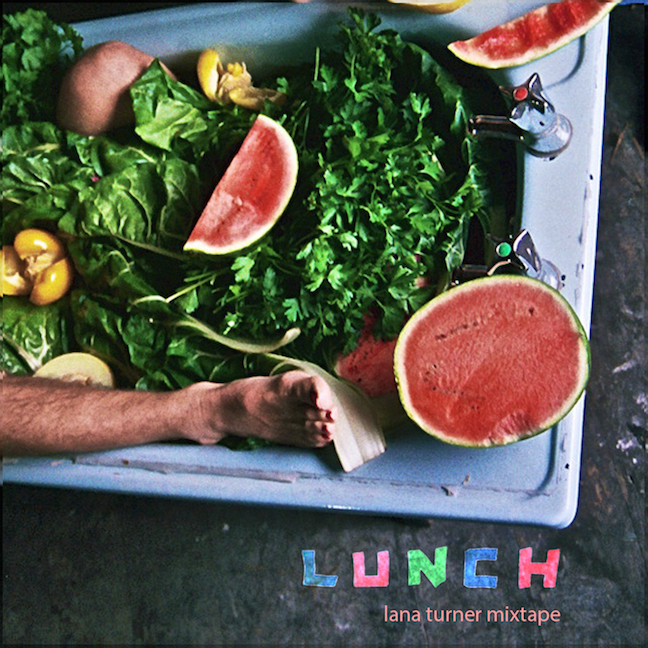