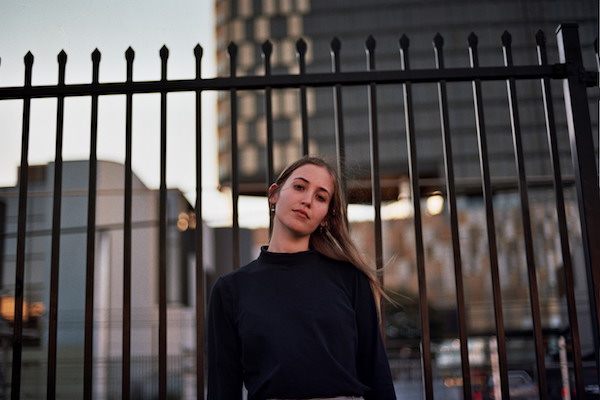 London-based Heavenly Recordings is pleased to announce the addition of Brisbane newcomer Hatchie to its stable of artists. Hatchie has also confirmed her first UK live dates for this Spring, taking in The Great Escape,Live at Leeds and a number of London shows – details below.

Hatchie is Harriette Pilbeam, a newcomer from Brisbane, Australia, who has already attracted plaudits at home, prior to inevitably picking up wider acclaim. Having played with various friends and bands in Brisbane, Hatchie is her first foray into solo territory.  Her world is a dreamy landscape inhabited by cascading synths, jangling guitars and undeniable, irresistible pop melodies.

Current single “Sure”  was composed on a whim and completed in one day. She explains: “All of my songs start with singing. I hear the melody first and then work out the chords I’m imagining under that, and despite not knowing chord names I have a good ear so can kinda figure it out.”

That instinct is abundant on “Sure”. Lush synths envelope shimmering vocal refrains that wouldn’t appear out of place in The Sundays and Alvvays songbooks. The track is a gorgeous swathe of pop beauty and an enthralling introduction into the world of Hatchie.

“Sure” is available digitally though all reputable outlets via Heavenly Recordings – http://smarturl.it/Hatchie_Sure.
The track will be included on a forthcoming EP – details to follow soon.