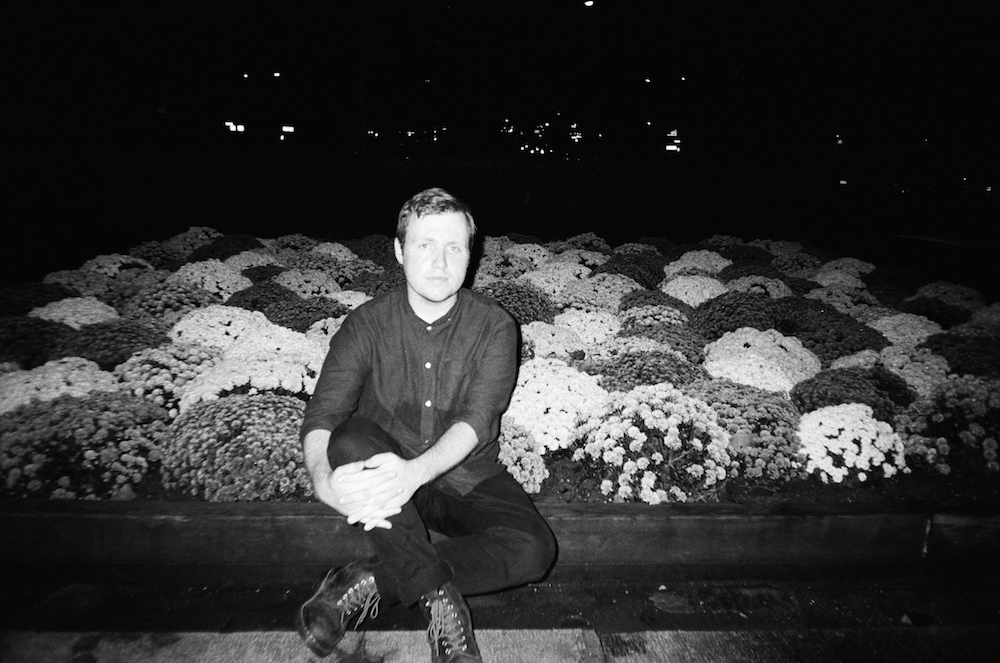 Erik Phillips (formerly known as Cat Be Damned) announced today that they will release their debut album, called One, on February 2, 2018 on Joy Void. Tracked almost entirely by Erik on their iPhone, One is a haunting debut that feels fully appropriate for this bleak time of year. Erik and Joy Void are sharing the track “Wrong” from the album, a gentle, meandering ballad that resurrects the ghost of Elliott Smith in Phillips’ whispered vocals and phrasing. Phillips explains of the song, “I wrote “Wrong” because I wanted to make my own version of a country song—the final recording owes itself to a slide guitar part played by my friend Jeff [Casazza]. Lyrically, it’s not as blunt as the classic country stuff, mostly revolving around blurry mental images relating to anxiety and anti-social fears.”

One is available for pre-order via Joy Void. Tour dates, album track listing and a full bio on Phillips can be seen below.

Erik Phillips was born in 1994 and grew up just outside of Fredericksburg, Virginia, where they learned how to use the Internet, bought a Modest Mouse CD from Wal-mart, and started recording music under the name Cat Be Damned (which they stole from the liner notes of the Modest Mouse album). In 2012 Erik moved to Richmond and stubbornly continued to self-record and self-release short collections of music as Cat Be Damned, culminating in 2016’s Daydreams in a Roach Motel, released on cassette by Joy Void. By this point, Erik figured the name Cat Be Damned had run its course, and in 2017, it was retired in favor of Erik’s legal name.

One, the first Erik Phillips album, was recorded over the course of two years, beginning as soon as Daydreams was finished in November of 2015. In that time, Erik graduated from college, paid for Ableton, got verified on Twitter, started working as a substitute teacher, lost verification on Twitter, and wrote songs while driving back to Fredericksburg to work a job as a roadside sign spinner on the weekends. It’s unclear to what degree each of these factors impacted One, but it’s Erik’s softest sound so far, as well as their densest.

Although most of the album was played and recorded by Erik alone at their apartment in Richmond, a few friends were invited to join in on the recording process, too. Jeff Casazza plays slide guitar on “Wrong,” and “Coming” features cellos played by Athylia Paremski along with backing vocals by Mathew Lee Cothran. Other than that, it’s all Erik, recorded with some guitars, some pianos, some drums, a few microphones, an iPhone, a computer, and a Yamaha tape machine. The result is 10 songs about nameless characters, equal parts real and fictional, and things Erik has seen or imagined seeing over the last two years. Included is everything from tulips growing on the side of the road between Fredericksburg and Richmond to tractor trailer cabs burning a few miles north along the same road (which did happen on two separate occasions, by the way).