OUT MARCH 9, 2018 ON TODOMUNDO/NONESUCH RECORDS

Presents “Reasons To Be Cheerful” at NYC’s

David Byrne announced his forthcoming solo record, American Utopia, during a presentation of “Reasons To Be Cheerful,” an ongoing series curated by Byrne of hopeful writings, photos, music, and lectures. The presentation was given at New York’s New School to a live audience, as well as live-streamed via his Facebook page.  American Utopia will be released March 9, 2018,Todomundo/Nonesuch Records, accompanied by a world tour that will bring a choreographed concert that Byrne has called “the most ambitious show I’ve done since the shows that were filmed for Stop Making Sense.” Tour information to date is below, with extensive additional dates to be announced soon.

The album track “Everybody’s Coming To My House”— co-written with Brian Eno, featuring contributions from TTY, Happa Isaiah Barr (Onyx Collective), Mercury Prize winner Sampha, and others—also was released and the visual companion piece can be seen here. The song is available to download instantly with pre-orders of American Utopia on iTunes and at nonesuch.com. Nonesuch Store pre-orders also include an exclusive print facsimile of an early handwritten lyric sheet to the song.

American Utopia fits hand-in-hand with Byrne’s vision for his series “Reasons To Be Cheerful,” named for the song by the late Ian Dury. Over the last year, Byrne has been collecting stories, news, ideas, and other items that all either embody or identify examples of things that inspire optimism, such as a tech breakthrough, a musical act, a new idea in urban planning or transportation—something seen, heard, or tasted. Just as the album questions the current state of society while offering solace through song, the content of the series recognizes the darkness and complexity of today while showcasing alternatives to the despair that threatens us. A “Reasons To Be Cheerful” hub, where Byrne shares these items, can be accessed here.

While David Byrne has collaborated on joint releases with Eno, Norman Cook (aka Fatboy Slim), and most recently St. Vincent over the past decade, American Utopia is Byrne’s first solo album since, 2004’s Grown Backwards, also on Nonesuch. American Utopia morphed during the writing and recording process, beginning with longtime collaborator Eno, and eventually growing to include collaboration with producer Rodaidh McDonald (The xx, King Krule, Sampha, Savages) alongside a diverse cast of creative contributors including Daniel Lopatin (aka Oneohtrix Point Never), Jam City, Thomas Bartlett (St. Vincent producer, aka Doveman), Jack Peñate, and others. The album was recorded in New York City at David’s home studio, Reservoir Studios, Oscilloscope, XL Studios, and Crowdspacer Studio and in London at Livingston Studio 1.

Speaking about the album, Byrne said:

Is this meant ironically? Is it a joke? Do I mean this seriously? In what way? Am I referring to the past or the future? Is it personal or political?

These songs don’t describe an imaginary or possibly impossible place but rather attempt to depict the world we live in now. Many of us, I suspect, are not satisfied with that world—the world we have made for ourselves. We look around and we ask ourselves—well, does it have to be like this? Is there another way? These songs are about that looking and that asking.

This album is indirectly about those aspirational impulses. Sometimes to describe is to reveal, to see other possibilities. To ask a question is to begin the process of looking for an answer. To be descriptive is also to be prescriptive, in a way. The act of asking is a big step. The songs are sincere—the title is not ironic. The title refers not to a specific utopia, but rather to our longing, frustration, aspirations, fears, and hopes regarding what could be possible, what else is possible. The description, the discontent and the desire—I have a feeling that is what these songs touch on.

I have no prescriptions or surefire answers, but I sense that I am not the only one looking and asking, wondering and still holding onto some tiny bit of hope, unwilling to succumb entirely to despair or cynicism.

It’s not easy, but music helps. Music is a kind of model—it often tells us or points us toward how we can be.

The album packaging features the work of “outsider artist” Purvis Young, whose work was often a blend of painting/drawing and collaged elements comprised of everyday found objects. A painting depicting a head with a face of indeterminate race or possibly gender—dreaming, meditating, contemplating—is on the album’s cover.

David Byrne’s recent works include Joan of Arc: Into the Fire, a theatrical exploration of the historical heroine which premiered at The Public Theater in New York (2017); The Institute Presents: NEUROSOCIETY, a series of interactive environments created in conjunction with PACE Arts + Technology that question human perception and bias (2016); Contemporary Color, an event inspired by the American folk tradition of color guard and performed at Brooklyn’s Barclays Center and Toronto’s Air Canada Centre (2015); Here Lies Love, a twenty-two-song theatrical production about the life of Imelda Marcos, authored in collaboration with Fatboy Slim that premiered at The Public Theater in New York (2013), traveled to London’s National Theater for a sold-out run (2014–15), and was remounted at the Seattle Repertory Theater (2017);Love This Giant, a studio album and worldwide tour created with St. Vincent (2012); and How Music Works, a book about the history, experience, and social aspects of music (2012). In 2015 Byrne curated Southbank Centre’s annual Meltdown festival in London. A co-founder of the group Talking Heads (1976–88), he has released nine studio albums and worked on multiple other projects, including collaborations with Brian Eno, Twyla Tharp, Robert Wilson, and Jonathan Demme, among others.  He also founded the highly respected record label Luaka Bop. Recognition of Byrne’s various works include Obies, Drama Desk, Lortel, and Evening Standard awards for Here Lies Love, an Oscar, Grammy, and Golden Globe for the soundtrack to Bernardo Bertolucci’s The Last Emperor, and induction into the Rock and Roll Hall of Fame with Talking Heads.  Byrne has published and exhibited visual art since his college days, including photography, filmmaking and writing.  He lives in New York City. 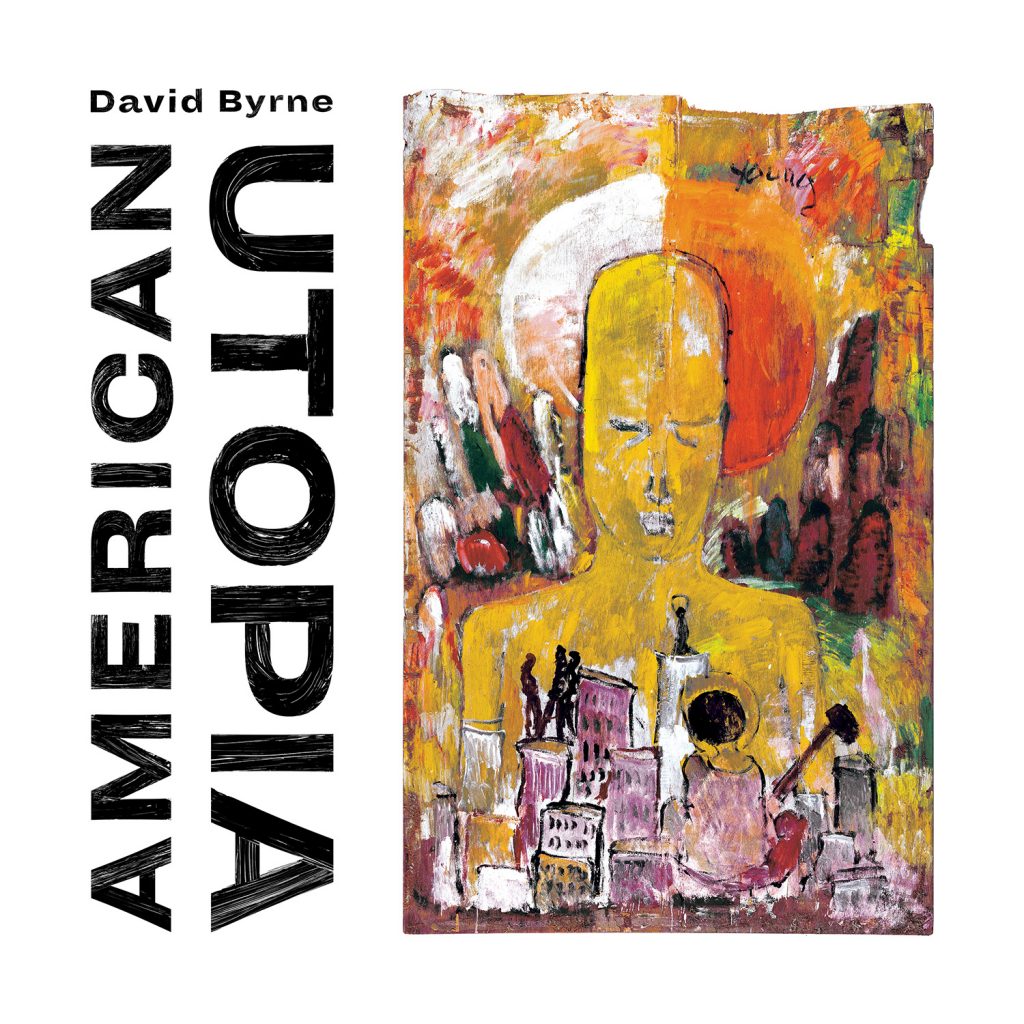