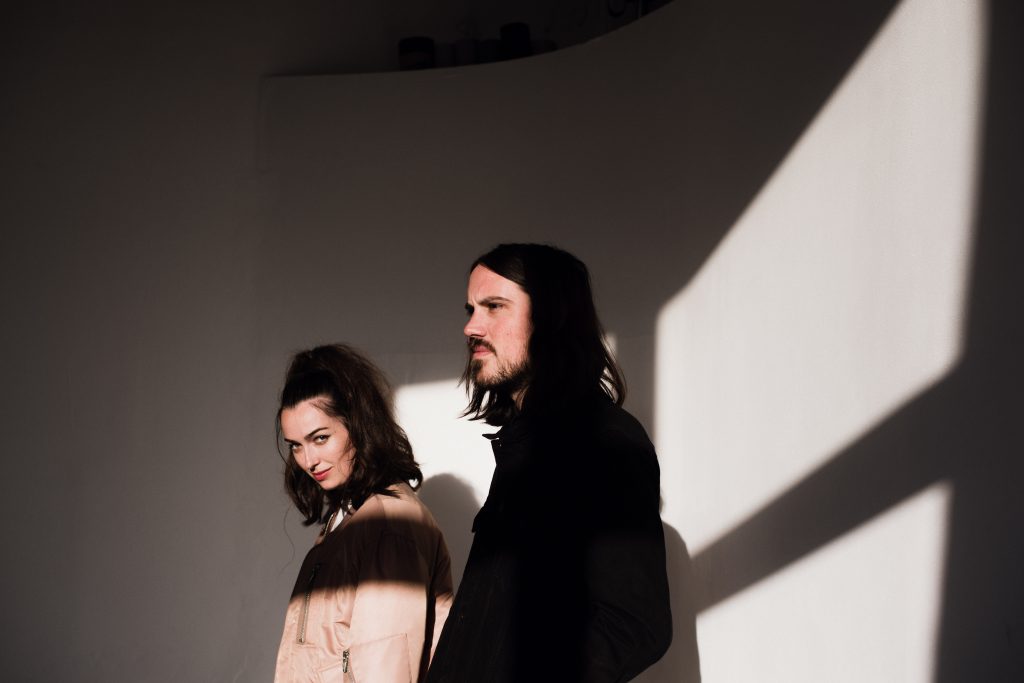 New York duo Cults share a video which features two tracks from their recent release, the critically acclaimed album ‘Offering’: “Right Words” and “Natural State.” Shot in LA, the video is a crossover of mediums, directed by Elliott Sellers with animations by Lucy Dyson. The video develops from natural to surreal scenes, following Cults frontwoman Madeline Follin through a psychedelic journey of visually engaging collages. Elliot says of the making of the video, “We shot Right Words in a few hours around Griffith Park. Madeline was in LA for a wedding and we discussed getting weird with an acid-dipped strawberry picnic idea and some classic cut-up/collage techniques. Natural State was basically the come down of all the psychedelic 2d animation, existing in the real world. Long live ‘Flat-Madeline.’”

“…the smoothest, most assured set of songs the act have yet released.” – The 405

“…Cults have returned with a very strong set songs, gloriously produced.” – Gods in the TV
In support of the release of their new album ‘Offering’, Cults return to EU shores at the start of the New Year touring from late January through the start of February, dates below.

While Cults made their name in black and white as a pair of film school dropouts who burst onto the New York scene in 2010 with a perfect single and a darkly retro sound, their latest ‘Offering’ is an exciting collection of songs exploding with heart, confidence, shimmering melody and buzzing life – an album we can surely expect to translate into a thrilling live performance.