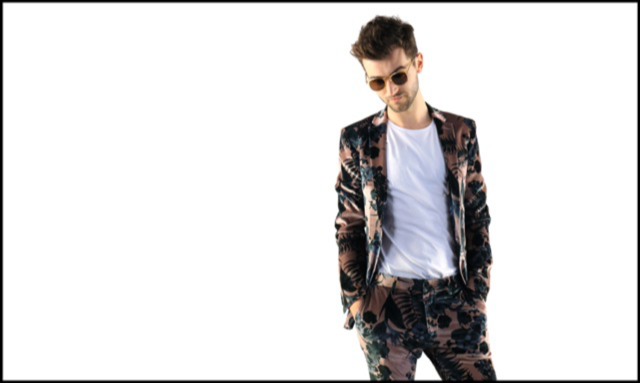 CHARLIE BARNES SHARES NEW SINGLE & VIDEO FOR ‘ALL I HAVE

Singer-songwriter and Bastille live member Charlie Barnes has shared the first music to be heard from his upcoming sophomore album ‘Oceanography’ in the form of massive new single ‘All I Have’.

New single ‘All I Have’ was something of a late bloomer in the album recording process… “This was one of the last songs to come together for the album.” Explains Barnes “ Given that I’d just written a whole load of embarrassingly woe-is-me numbers, I was keen to try and put something together that was a bit more uplifting. It’s sort of an anthem for sticking to your guns. With a harpsichord…”

In contrast to his previous LP – largely recorded in one place with producer and Oceansize guitarist Steve Durose – Oceanography is a story of snatched moments after tour rehearsals, late nights spent in far flung studios from Wales to Virginia, ideas sent back and forth over email and put down in fits and starts while on the road. At points it seemed like it would never come together, so it’s some achievement that it not only matches the attention-grabbing maximalist prog pop of More Stately Mansions, but builds and expands on that record’s foundations.

Barnes has also shared a video to go alongside the single explaining “The idea for this video came about during a severely self-deprecating conversation I was having at a festival somewhere with Bastille’s lighting guy Jamie. I was (half) jokingly explaining that promoting a record can be sort of like screaming at a brick wall for a bit. We thought that would make a good idea for a music video, so I spent a lovely afternoon in Eastbourne looking for really good walls with my longtime collaborator and all round life guru Ryan.”

Barnes has also shared two live dates ahead of the album release with more dates to be announced soon.

‘Oceanography’ will be released on Superball Music on the 9th of March 2018 and can be pre-ordered now from here.

Barnes utilises dynamic shifts and sinewy layers to sculpt a rock-solid, emotional track that zaps you in the chest – The Line Of Best Fit