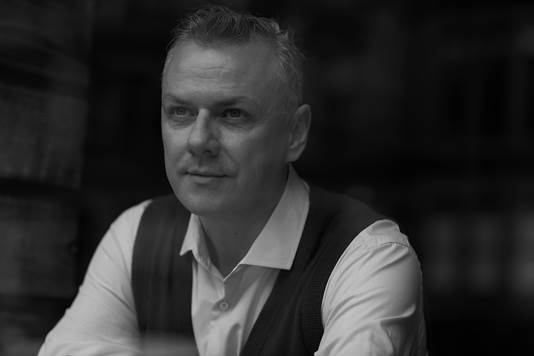 “Quite lovely” The Skinny

Scottish, BAFTA-nominated composer/songwriter and Teenage Fanclub drummer Francis Macdonald, is pleased to announce the live world premiere of his latest critically acclaimed album ‘Hamilton Mausoleum Suite’ at the famous Lanarkshire landmark on February 19th 2018. In what is set to be a unique event, Francis will be performing the album with the help of soloists from the Scottish Festival Orchestra, who also feature on the album, to an audience of just 50.

His new album ‘Hamilton Mausoleum Suite’, released 26th January 2018 via TR7/Shoeshine Records, was inspired by – and recorded in – the historic Hamilton Mausoleum that stands on the edge of Strathclyde Park in Lanarkshire, a few miles from the city of Glasgow. The Mausoleum has one of the longest echoes of any man-made building in the world and was constructed in the 1850s for Alexander the 10th Duke of Hamilton. For a time, the duke’s remains were interred in an Egyptian sarcophagus on a plinth within the building. The mausoleum, 37 metres tall, now stands empty.

By coincidence, Hamilton’s Low Parks Museum, which the Mausoleum is part of, celebrated its 50th anniversary on Friday 3rd November, and as a very special thank you towards assisting in the making of the album, in conjunction with the museum’s operators

South Lanarkshire Leisure and Culture, Francis agreed to the give-away tickets to the show free of charge.

Francis wrote the collection of chamber music after being inspired by childhood memories of the Mausoleum’s echo. He went to secondary school nearby and remembers a family visit to the building when he was a young boy. On trips south from Glasgow via the M74 the Mausoleum is a familiar landmark. A couple of year ago he got the idea to record in the building, celebrating its unique reverberant qualities. Museum officer Linda Barrett was encouraging so Francis set to work composing and planning. The album was recorded in one day.

Francis is currently the drummer with Teenage Fanclub and has recently toured across the world to promote the band’s most recent album ‘Here’. A member of BMX Bandits for many years, in 1996, he set up Glasgow indie label Shoeshine Records and country/folk label Spit & Polish in 2000.

An accomplished composer and songwriter, his songs and music have appeared in various films and TV projects including having his vocals sampled for Looper’s ‘Mondo ‘77’’ track which featured on the soundtrack to Hollywood blockbuster film ‘Vanilla Sky’ (2001) which starred Tom Cruise. In 2013, he was nominated for a BAFTA Scotland New Talent Award for his soundtrack to short film ‘The Lost Purse’.

His debut neo-classical album ‘Music for String Quartet, Piano and Celeste’, released in 2015, was described as “Sublime” by Classic FM and “Nice” by Jarvis Cocker on BBC 6Music. The following year, he contributed an arrangement to the No 1 Classical album ‘The Lost Songs of St Kilda’ which was performed by the Scottish Festival Orchestra. This led to Francis approaching their fixer, cellist John Davidson, to put together an ensemble for the mausoleum project.

Along with the ‘Hamilton Mausoleum Suite’ project, Francis recently collaborated with London-based artist Harry Pye for a collection of ‘art pop’ songs and spoken word pieces for the album ‘Bonjour’ (“Odd but good”) 4 stars, Mojo magazine.

The musicians that appear on ‘Hamilton Mausoleum Suite’ are:

Tickets are available at www.sllcboxoffice.co.uk