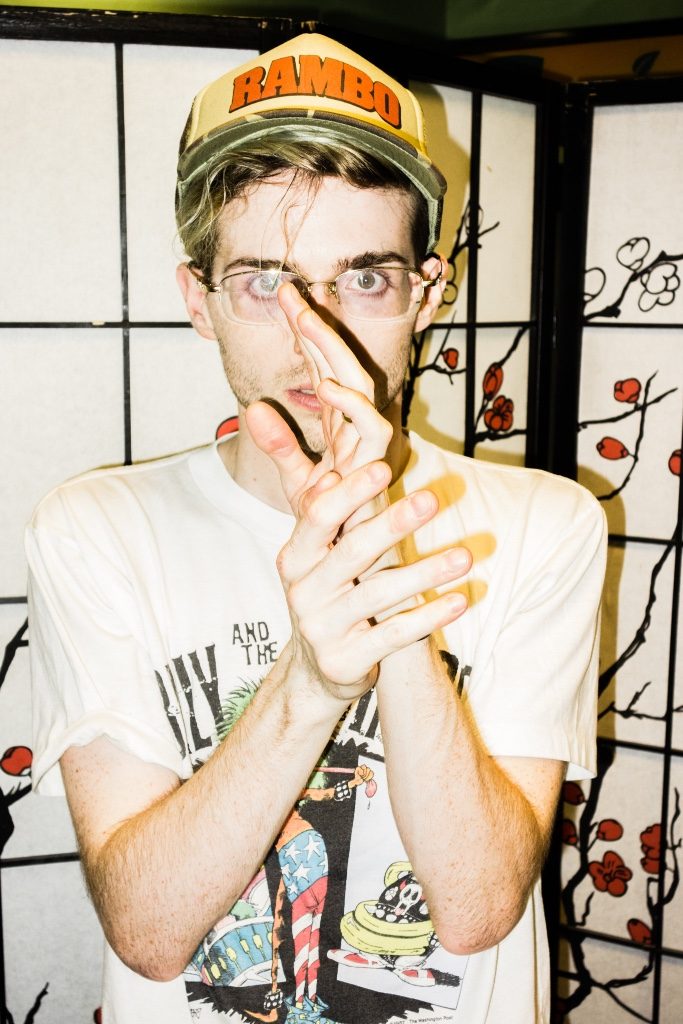 American Pleasure Club (fka Teen Suicide) Shares New
Track “This Is Heaven and I’d Die For It” & Interview on Noisey
New Album A Whole Fucking Lifetime of This
Out February 16, 2018 on Run For Cover Records

“Regardless of form or genre, Ray’s music has always been engrossing and, at its best, arrestingly beautiful.” –Noisey

Following the soft release of a new mix tape and a handful of tracks over the holidays, American Pleasure Club (fka Teen Suicide) is sharing a third track “This Is Heaven and I’d Die For It” on Noisey today alongside an in-depth interview with songwriter Sam Ray. The track is from American Pleasure Club’s new record, A Whole Fucking Lifetime of This, out February 16, 2018 on Run For Cover Records. Pre-order for the album is now available.

Plans for a North American tour will be announced shortly. A full bio is below, stay tuned for more information!

Biography:
American Pleasure Club is a rock band from Baltimore, Maryland led by singer, songwriter & multi-instrumentalist Sam Ray. Accompanied by lifelong friends Sean Mercer, Daniel Windsor, and Nick Hughes, they make genre-defining music that dances effortlessly between scuzzy, full band rock songs, acoustic-led folk, electronic-pop experimentalism, and many other sounds. Ray started the band in 2009 under the name “Teen Suicide”, and released his first album in 2011, when it was still a solo project. Each successive release brought with it new sounds, as well as new band-members, and by the time the last album under the name was released in 2016, they were working more as a collective than a proper unit, recording songs any way they saw fit, with whoever was available and willing to help. Now, years later, with a proper lineup, a new name, and a brand new commitment and purpose, the band is preparing to return with the most cohesive & definitive album of their career thus far. By finding ways to meld the disparate influences and styles of their past work, while also breaking new ground with their songwriting & fidelity, they’ve created something old and new fans alike will find unique and beguiling.