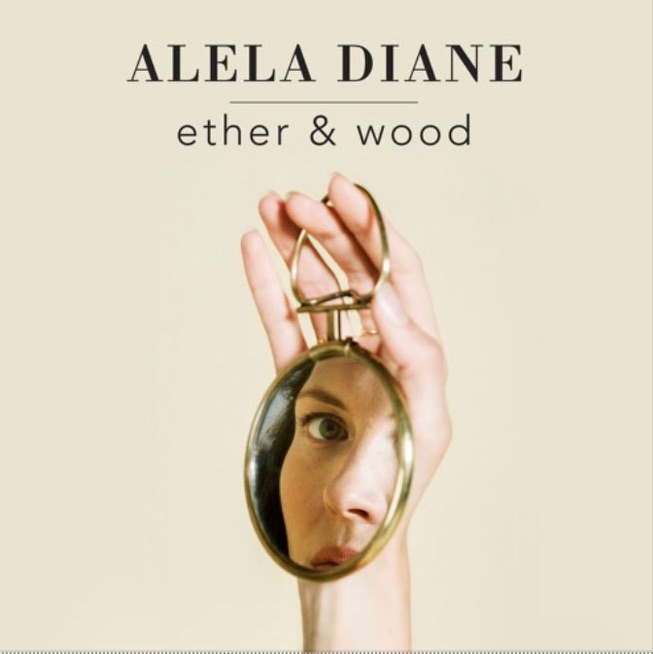 Alela Diane Releases New Single ‘Ether & Wood’ & Shares Poignant Video
Watch/Share ‘Ether & Wood’ Video via YouTube
Stream/Buy ‘Ether & Wood’ via Spotify, Apple Music, Deezer, Google Play, iTunes & Napster here
”(‘Ether & Wood’) immediately takes you to the snowy woods where the album was written. The smokiness and warmth of Diane’s voice, coupled with the comforting imagery of a roaring fire, wraps you up in a blanket of gentle guitar strums and robust piano chords.” – Paste magazine
Alela Diane releases her soulful new single ‘Ether & Wood,’ alongside its poignant accompanying video directed by Michael Palmieri.
‘Ether & Wood’ is taken from Alela Diane’s forthcoming long-player ’Cusp’ (9 February  AllPoints) which is an album about motherhood, and in turn womanhood. For motherhood is one of the most powerful experiences a woman can have, and one that Alela feels deserves to be sung about. As she expands:
“I hope that by exploring motherhood in song, I can help demand respect for the life givers we are. Talking and singing about the experience of motherhood is not something I can shy away from. It is the essence of who we are as human beings. This album is my version of women’s work.”
Whilst the first single to be released from ‘Cusp,’ ‘Émigré (December 2017), was a direct response to the international refugee crisis, penned after seeing images of the Syrian toddler washed up on the beach, ‘Ether & Wood’ is a more existential look at the journey of life, as Alela explains:
“‘Ether & Wood’ is a reflection on the different lives that are lived within a lifetime.  The doors along the way that often open and close without notice.  I live in a very old house, and love thinking about all the people who lived and died within these walls.  We’re all in there:  the former selves, the lost loves, and the mysterious ones who came before.”

‘Ether & Woods’ was recorded at Flora Playback by John Morgan Askew and produced by Peter M. Murray and mixed by Noah Georgeson. Following its premiere on Paste magazine , the song is now out as a digital single and available across all streaming platforms here. Alela’s long-player ‘Cusp’ follows on 9 February, via AllPoints.

Pre-order ‘Cusp’ now digitally via iTunes or on CD/Vinyl via Amazon here.