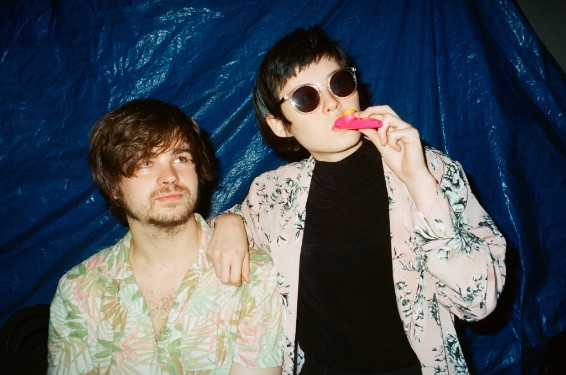 Water From Your Eyes Announce New Album “All A Dance”

Sharing “We’re Set Up” via The Grey Estates

Exploding In Sound Records are thrilled to share the next album in their EIS Tape Club series, the stunning new record from Brooklyn via Chicago’s Water From Your Eyes. The band, comprised of Rachel Brown (Thanks For Coming) and Nate Amos (This Is Lorelei, Opposites) are set to release their new album All A Dance on January 19th and they’ve shared first single “We’re Set Up” together with The Grey Estates.

The Grey Estates called “We’re Set Up” a “pulsing, grooving track packed with mystery and intrigue, its allure and sheen owed much in part to Brown’s hypnotizing vocals. During its six minute runtime, the track keeps one continually guessing, incorporating new elements and sounds to its shimmying effects and percussion.”