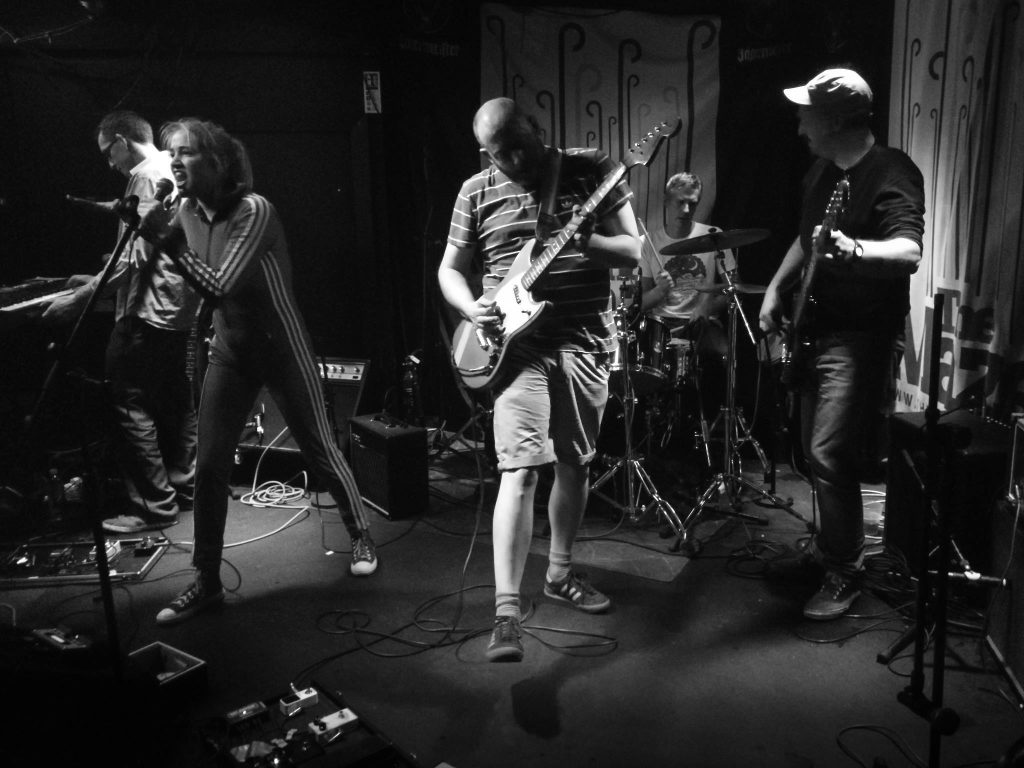 Due 23rd February 2018 on Gringo Records

With their solid, tight and acrobatic displays of full-on groove inducers, Leeds’ Thick Syrup are excited to share their debut album, Living In Leeds, due 23rd February on Nottingham cult label, Gringo Records (Hookworms, Sauna Youth, That Fucking Tank, Part Chimp). An adequate description of the group’s particular blend of guitar band genres is not easy, but touchstones exist on a continuum somewhere between The Meters, Black Sabbath and Shocking Blue.

Made by Glasgow film maker Jimmy Gage, the video catches Data’s journey into humanity on camera. The band say of it, “Emerging from a bush in a garden in Ibrox, Glasgow, Data tries to make sense of his new situation. He discovers that the tricorder malfunction triggered a series of sub space jumps that resulted in him being flung to the northern hemisphere of 21st century earth.  As he tries to adapt to local customs and familiarise himself with the flora and fauna of the area he is surprised to experience an unusual sensation. An emotion is passing over him. What it is he does not know.”

Thick Syrup was formed in Leeds in 2013 by Guy, Paul and Tom out of a mutual love of 60s garage, 70s funk and early hard rock, with the intention of creating music outside of the stylistic ballpark of their other more straight up aggro bands Broken Arm, Mob Rulesand Whipping Post.In 2014 saw the group’s desire to have an organ player fulfilled by the recruitment of Dom Berry (The Static Waves, Ambulance) who has played in a plethora of groups with Guy over the last 25 years, and through 2015 the group solidified into a more coherent sound and their jamming began to give off a feeling of ‘these would be cool songs if we had a singer’.

Not finding anyone quite right in the immediate vicinity of Leeds, the search was cast to friends further afield, and Gemma Fleet, who has played in such groups as The Wharves, Trogons and Kasms entered the picture, completing the jigsaw, answering the riddle and naming the now complete group ‘Thick Syrup’. 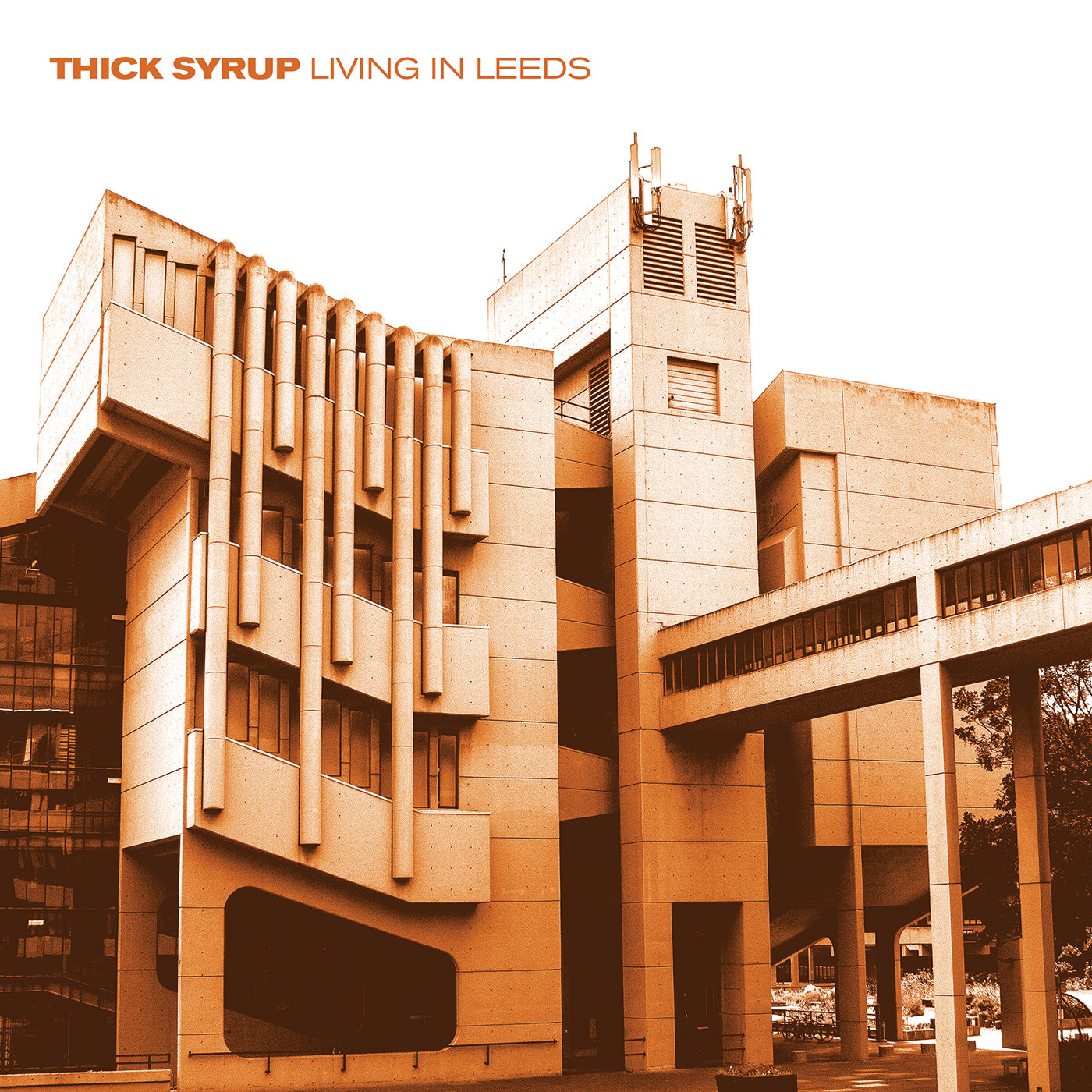 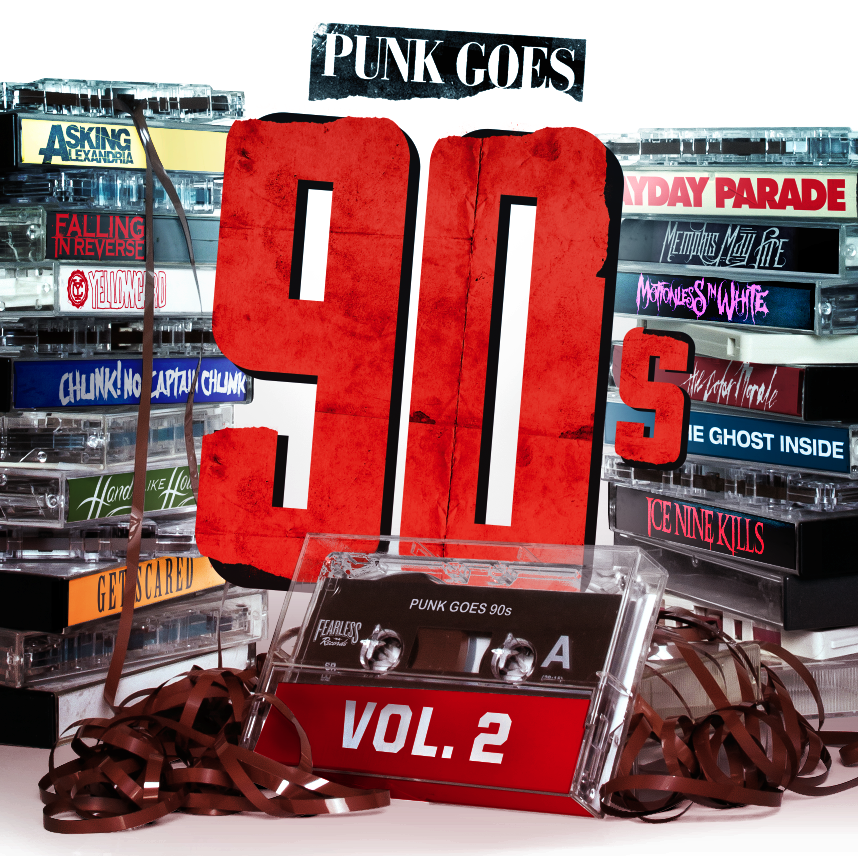