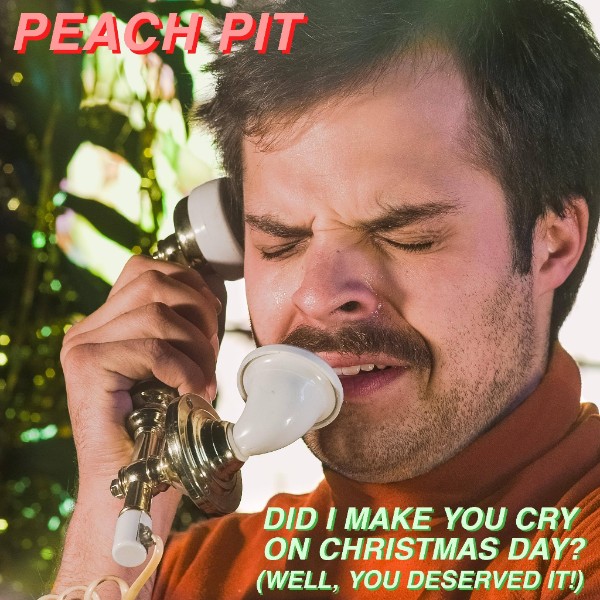 Peach Pit Release Cover Of “Did I Make You Cry On Christmas (Well, You Deserved It)”

Debut Album Being So Normal Out Now On Kingfisher Bluez

Peach Pit have just released their cover of Sufjan Steven’s Christmas song “Did I Make You Cry On Christmas (Well You Deserved It)” which is streaming now on Soundcloud, Youtube, Spotify, and across all digital platforms. The song follows the release of the band’s debut album Being So Normal, which came out on September 15th via Kingfisher Bluez. Being So Normal is available now physically and digitally via Kingfisher Bluez. The band begins their European tour on January 25th. Tickets can be bought now at www.peachpitmusic.com and a full list of dates can be found below.

Peach Pit have released two music videos from their album Being So Normal. Their video for “Drop The Guillotine” can be seen now via The Four Oh Five. The Four Oh Five called Peach Pit “the most exciting band you will hear this year.” Saying they “have one of those timeless sounds that can offer infinite joys.” Peach Pit also recently released a video for their single “Tommy’s Party” directed by Lester Lyons Hookham. The video, which can be seen here, is a continuous live shot of the band playing their new song.