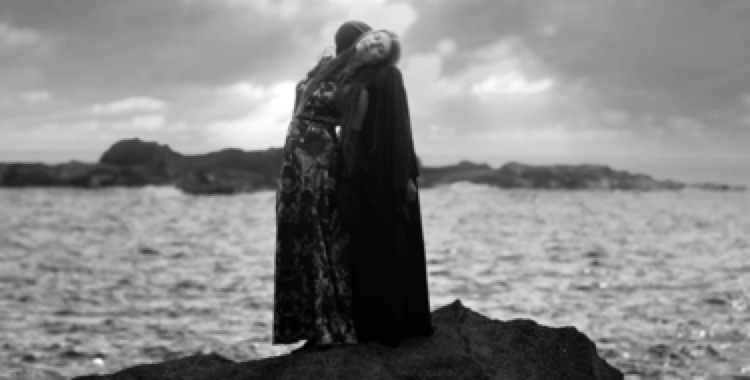 Darling Of The Afterglow out now on Bella Union

Toronto-based artist, composer, and producer Lydian Ainsworth has shared a new video for her song “Open Doors,” which was filmed while on tour in Japan earlier this year. The surreal, stunning video was directed by Xavier Girard Lachaine, who worked in close collaboration with Ainsworth on concept and execution. The song is taken from her latest album Darling of the Afterglow, out now on Bella Union.

Ainsworth has said of making the video, ” It was a dream come true to perform my album ‘Darling of the Afterglow’ in Japan this past summer. Through the mountains in Matsumoto and bridges floating over turquoise sparkling water from Okayama to Kochi, I ended my tour in kinetic Tokyo. We shot the video in a nature reserve just outside the city called Jogashima Park. Spending the day in such immense nature with the most wonderful talented people was such a magical end to what I hope is my first of many trips to Japan

Darling of the Afterglow is Lydia Ainsworth’s sophomore record and follow up to the Juno-nominated and critically acclaimed Right From Real (2014). The album features a team of local Toronto musicians, woven into Ainsworth’s programming, samples and string arrangements. “I usually have to be out of my element to get that spark of inspiration,” she says of songwriting. The songs on Darling of the Afterglow were all begun away from home, before being brought to fruition in her hometown.

Mixing yearning pop with other-worldly synthetic sounds, plush classical settings and weird-gothic R&B influences, Lydia Ainsworth’s new album is a richly imagined, richly felt work of future-pop classicism: an album of intimate emotions projected in heightened widescreen. The stunning, 11-track Darling of the Afterglow – from the lush lullaby of “Afterglow,” to the immersive “Into The Blue,” to the masterful cover of Chris Isaak’s “Wicked Game” – showcases a great leap forward from Right from Real’s already prodigious experi-pop riches.

Praise for Lydia Ainsworth and Darling of the Afterglow:

“[On Darling of the Afterglow] she sharpens her pop skills and back-breaking beats while still holding onto the orchestral flourishes that make her music truly soar.” – Stereogum

“Synths, twisted pitches, and invigorating hooks back up Lydia Ainsworth’s perfect voice on ‘Into The Blue,’ an utterly entrancing folk-electronic hybrid.” – The FADER

“…easily her biggest and most dynamic release so far.” – FACT Mag