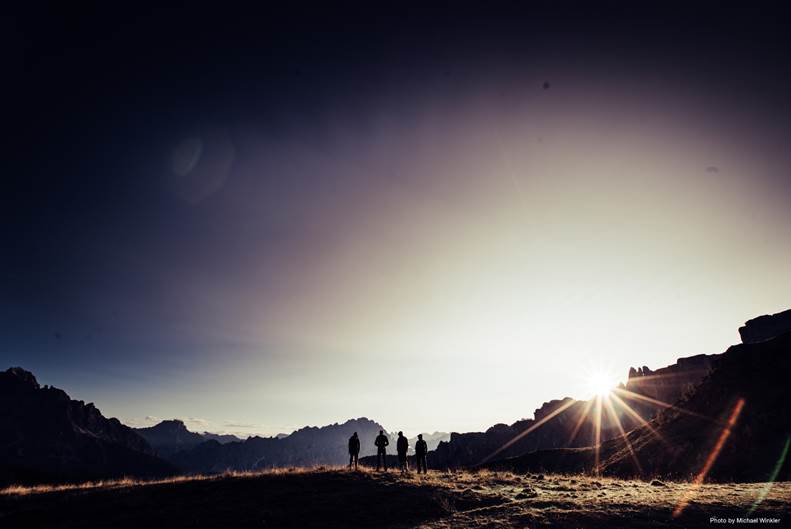 German instrumental rock powerhouse Long Distance Calling recently announced the release of their sixth studio album ‘Boundless’ for 2nd February 2018. After a week of teasing online, the band are extremely pleased to announce the launch of the official video for first single ‘Out There’ (directed by Iconographic), which you can see here: https://www.youtube.com/watch?v=3Dh5vUlQdl4

The band comments: “Here it is! ‘Out There’, the first song from our new album ‘Boundless’, accompanied by a beautiful video shot in the Dolomites. When we started to write this album, there was no plan behind it. Just the idea of four guys and the chemistry between us, no limitations. This idea is mirrored in this video, the artwork and the album title. Follow us through the wilderness up to the mountain top. ‘Out There’ is the pure essence of LDC combined in an epic and extensive long track.”

The album will be released as a special edition digipak CD, Gatefold 2LP + CD (incl. etching on side D) & as digital download. Pre-order now here:

Following the release of two albums that saw the band exploring the addition of vocals to their sound, the band have gone back to basics and created a purely instrumental record.

The band comments: “We are happy to announce our new album ‘BOUNDLESS’ which will see the light of day on February 2nd 2018. This time around the four of us locked ourselves in a room over a couple of months and pretty much got back to where we started as a band to catch this “go with the flow” feeling. This is probably the purest LDC album ever, no guests, no vocals, all instrumental.  We´re stoked how it turned out and this album got a lot of energy, heaviness, melodies and twists, we hope you will enjoy it as much as we do.”

Watch a teaser for the album, revealing the artwork and a snippet of new music here:

The track-listing of the album is as follows:

Further to the above, the band recently announced new tour dates in support of the new album release. Two new dates have been added to the list, in bold below. See here for the full list of dates:

Live dates in support of the new album will be announced soon, but prior to that in January 2018, Long Distance Calling will support progressive metal veterans Fates Warning for two shows in Germany. You can find those dates below: